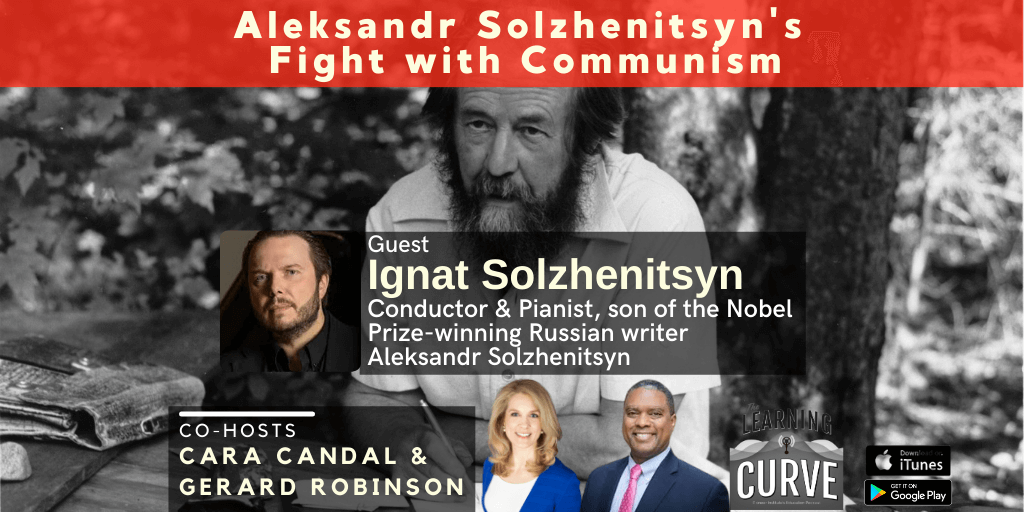 Ignat Solzhenitsyn is president of the Aleksandr Solzhenitsyn Center, and an active conductor and pianist. Mr. Solzhenitsyn has appeared with numerous major orchestras, including those of Boston, Chicago, Philadelphia, St. Louis, Los Angeles, Montreal, Toronto, London, Paris, St. Petersburg, Israel, and Sydney, and collaborated with many distinguished conductors and soloists. A winner of the Avery Fisher Career Grant, Solzhenitsyn is Conductor Laureate of the Chamber Orchestra of Philadelphia and serves on the faculty of the Curtis Institute of Music.

Stories of the Week: As Congress takes up the question of a second impeachment of the President after last week’s riot, Cara and Gerard discuss the state of civics education in America. Are we doing all we can to ensure that future generations understand the basics of our Founding Documents, Constitution, Bill of Rights, & complex national history? Also, how long will COVID-induced remote learning continue? Analysis from EducationWeek suggests that, despite the many growing pains associated with them, hybrid learning models are likely here to stay. In Virginia, a new poll of 625 registered voters shows increasing support for allowing parents to use some per-pupil funds toward home, virtual, or private education if public schools do not reopen for in-person learning.

The next episode will air on Wednesday, January 20th, 2020 at 12 pm ET with guest, Taylor Branch, a Pulitzer Prize-winning author best known for his landmark trilogy on the civil rights era, America in the King Years.