Join Jim and Greg as they discuss CNN finally making the obvious decision of firing Chris Cuomo. They also dissect a Washington post story quoting ex-Kamala Harris staffers who offer brutal assessments of her temperament and her work ethic. They roll their eyes as Jen Psaki blames rampant urban looting on COVID. And they remember longtime Kansas Sen. Bob Dole as well as his three runs for the White House. 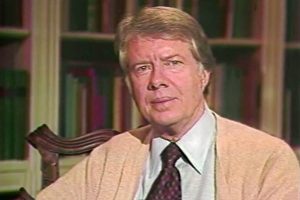 RealClearPolitics White House correspondent Phil Wegmann (note the second ‘n’) joins Jack to dish on his, er…fourth-row seat witnessing the struggles of the Biden administration. They also chat about Zen and the Art of Motorcycle Maintenance, Aristotle, and . . . drinking water? Give it a listen. 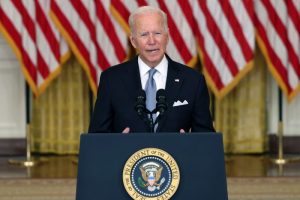 The weekend was filled with harrowing images from Kabul. Taliban soldiers executing Afghan allies, helicopters evacuating US embassy staff, the Kabul Airport overrun by desperate locals trying to escape, refugees falling to their death from wheel-wells of C-17s.

Following days of White House silence, President Biden interrupted his five-day vacation to calm the nation and her nervous allies. The 15-minute speech Monday was as calamitous as Biden’s Afghanistan withdrawal.

The Buck Stops with That Other Guy

Join Jim and Greg as they discuss former Clinton Treasury Secretary Larry Summers warning that the Biden COVID relief bill is way too big and could trigger the worst inflation in decades. They also shake their heads as White House Press Secretary Jen Psaki suggests the CDC director’s recommendation to open schools is just her personal opinion and they have to wait for the science. And they react to news that Hunter Biden is writing a tell-all book and are pretty sure he plans to skip a lot of stuff.

New White House press secretary Jen Psaki promised to bring “truth and transparency back to the briefing room.” President Biden promised to be guided by science in his decisions regarding the COVID pandemic. Now both of those vows are being put to the test on the question of reopening schools.

This week, Biden’s new CDC director, Dr. Rochelle Walensky, publicly said that 1) schools can reopen safely, and 2) there’s no need for teachers to be vaccinated before reopening. Problem is, that’s not what teachers unions want. So what should the White House do when the science says one thing and a key Democratic constituency says another? Psaki twisted herself into a rhetorical pretzel to come up with an answer, and we discuss.

Over at Hot Air, Jazz Shaw describes his experience being interviewed for The Daily Show:

They had a long script of questions, and a number of them were asked multiple times to see what variety of answers I might give. I was consciously working during every exchange to not give them any short, clipped, yes or no answers that they could weave into the segment out of context. I anticipated some of the obvious ones they might ask. One great example showed up when they asked me about details of the drill bits, how deep in the ground they went and how long they stayed down there. The obvious implication was that it was dumb to “raise awareness” by painting the bits pink because so few people would ever see them. When she asked me how many people actually saw the drill bits I smiled and said, “well, between CNN, MSNBC and now the Daily Show… tens of millions? So I guess it worked out okay after all.” 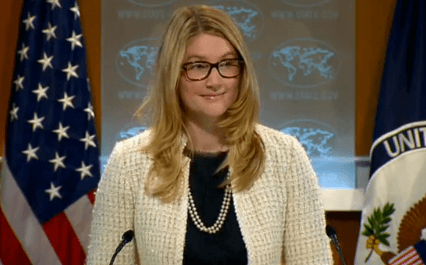