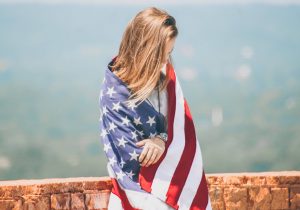 If shame stays on that person, it will saturate everything in their life and leave an odor that eventually the wearer and those around them just get used to. Shame might become an excuse for failure, or a tool they use to manipulate others. Shame dominates the individual wearing it, or it’s a weapon in the hands of those who wield it. It’s more dangerous than a virus, more destructive than a riot, and more deadly than a bullet.

https://www.bbc.com/news/world-europe-51067440 Bonus….we get a new term, “Flight Shaming.” Just so you know. More of them may be coming. Preview Open

The following story is a nonfiction account of my Thursday.

Early this week I received an e-mail from an old college friend. “Are you going to the alumni association lunch on Thursday?” I received the promotional message from the university and knew who the guest speaker was, a professor who was on campus during our four years, but hadn’t paid any additional attention.

Welcome to the Harvard Lunch Club Political Podcast for Tuesday, October 4, 2016. It’s the Hillary Heads for Home edition. We are former congressional candidate and nano-physicist Mike Stopa and radio talk host and newspaper editor Todd Feinburg, and this week we analyze

We’ll also have our Shower Thoughts, and our Hidden Gem comes from folk-singer Stan Rogers and his song about (what else) a boat called The MaryEllen Carter.