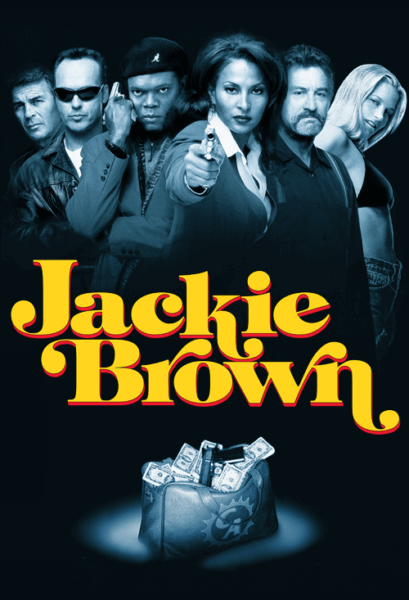 Pam Grier is the best reason to see Jackie Brown. To my shame, I’ve only seen two or three of her other films prior to watching this. Even with this limited data set, I conclude this is not a rarity nor a trend, but a law: Pam Grier is the best reason to see any movie she is in. As her prime acting years were in the ’70s, she starred in the only lead action roles available to black women: exploitation movies. Were she born a decade or two later, she’d have been a star, her name as recognizable as Sigourney Weaver’s.

In Jackie Brown, she plays the titular character, a stewardess caught by the ATF for smuggling money. Agent Ray Nicolette (Michael Keaton) is on the trail of gun runner Ordell Robbie (Samuel L. Jackson) who was to be the recipient of that smuggled cash. Ray has Jackie in a tight spot. She has a criminal record which is why she works at the lowest rent airport out there for $16,000/year (even in 1997, not much). Cooperate in busting Ordell and the ATF won’t bring the hammer down on her. On the other side, Robbie is on her case to keep quiet. He’s not above killing potential rats.

Jackie could give in to one side or the other and probably come out intact. She refuses to just skate by. She instead plays both sides, machinating to get her hands on a half million dollars Ordell has sitting in Mexico. I won’t go into the details of her plan as not to spoil the plot, but also because the mechanics of the plot aren’t ultimately what’s intriguing about the movie. Strangely for a crime thriller, the characters take precedence. You can imagine a movie about these people that is just as fascinating as this one that doesn’t involve any illicit activity.

It’s an ensemble with every part astutely realized. Robert De Niro plays former bank robber Louis Gara, an associate of Ordell’s. His hair slicked back, a mustache shrouding his upper lip, tribal tattoos snaking around his forearms, he wears a sort of lowlife uniform. Where other men are quiet or reserved, Louis just has little in his brain that might escape through his mouth. Melanie Ralston (Bridget Fonda) is another associate of Ordell’s, a “surfer chick” too perpetually stoned to be a free spirit. When she tells Louis she’s savvier about the gun-running business than Ordell, she says it nonchalantly and with religious conviction.

Sam Jackson deserves special attention. According to director Quentin Tarantino, Jackson came up with Ordell’s signature spindly beard and ponytail. It would be easy to call Ordell Robbie a retread of Jules Winnfield, Jackson’s character from Tarantino’s previous movie Pulp Fiction. This is only superficially true. Jules is a teenage boy’s platonic ideal of a hitman: cool, imposing, a dogged professional guided by a personal code. Ordell is closer to an actual criminal. He plays like he’s a Jules, but he’s more greedy, less clever than he thinks, and when he gets mad it’s his emotions getting the best of him, not an intimidation tactic. 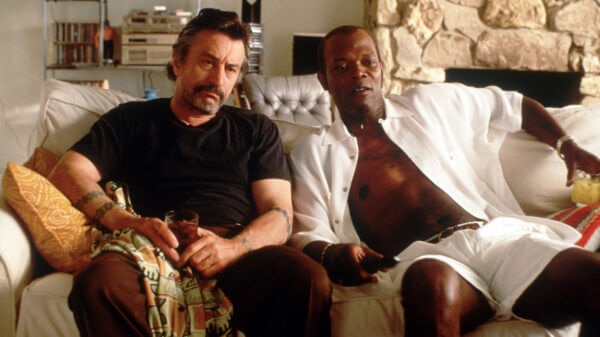 Then there’s Pam Grier. It’s a tall order standing out against Jackson and De Niro, but she does. This being her first starring role in a mainstream film, under the then hottest director in Hollywood no less, you can imagine a version of this performance that’s more desperate to impress. Any desperation seen on screen is from her character, not her performance. Grier embodies Jackie Brown so thoroughly, I wonder if she felt some kinship to the character. Jackie is over the hill and living alone in an apartment. She’s not dumb or incompetent, but she is beaten down by life. More than the money, she wants to succeed, to come out on top for once. It is remarkable, though not often remarked on, that this is a movie about a 44-year-old—who looks like a 44-year-old woman—who is smart, bold, sexy, a badass. This is not because Tarantino was a trailblazer, but because he was a fanboy. He had posters of Pam Grier movies hanging in his office when she came to audition. He even snuck in a cameo from frequent Grier costar Sid Haig (you probably know him as Captain Spaulding, the sadist clown from Rob Zombie’s House of 1000 Corpses and The Devil’s Rejects).

Jackie has a romance with bail bondsman Max Cherry (Robert Forster). This is a rare romance written for adults. They don’t fall madly in love. These are two people who need each other at that moment. Their attraction arises naturally from the characters and the situation they’re put in, unlike the romances shoved into so many movies that are as believable as a kid smashing together the lips of two action figures. Both people are worn out. Max sees in Jackie a woman taking charge of her life. Jackie sees in Max a man she can trust. Their story doesn’t follow the official roadmap of romance subplots.

Jackie Brown is based on the Elmore Leonard novel Rum Punch, Tarantino’s only adaptation. Tarantino is often compared to Leonard who he admits as one of his influences. I have not read Rum Punch. It is hard to know where Leonard ends and Tarantino begins. A few lines are certified Tarantino. One where Melanie corrects someone who misidentified Helmut Berger as Rutger Hauer. A mention of a “mandingo” is another. As for the rest, they’re so witty and observant who cares from whose pen they came? Being based on a novel probably helped in making this the tightest and most grounded story of Tarantino’s career. Jackie’s scheme is ingenious but not so elaborate that it could only happen in the movies. 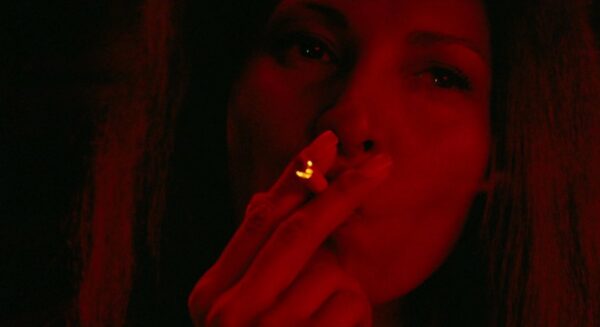 Tarantino is the least ostentatiously Tarantino he’s ever been. It’s still one of his pictures through and through, but if you’ve struggled to like his work for being “excessive” or “indulgent”, you owe it to yourself to see this. There’s no voice-over, let alone voice-over smack in the middle of the movie, the title cards are appropriate to the scene, the soundtrack does not draw attention to itself for any reason other than the fact is a superb selection of ’60s and ’70s soul and funk—if you don’t tap your feet to The Delfonics and The Meters, you don’t like music. This is also his movie most friendly to the squeamish. His two previous films, Reservoir Dogs and Pulp Fiction were not as violent as audiences thought they were after leaving the theater. The camera was positioned so the violence took place just off-screen, or it cut away right before impact. The violence in Jackie Brown is briefer. It lacks the spectacle of an ear being cut off or a hypodermic needle to the heart.

See the movie first for the home run performances and second for the conversations. This is full of the scenes Tarantino does best: two people talking. It is proof that if he remakes a movie it should be My Dinner With Andre.