In a recent issue of National Review, Jack Fowler wrote a charming article about Thomas Aquinas College in upstate New York. It begins with his account of attending an early morning philosophy class discussing Aristotle on the nature of time. Naturally, I had to read Aristotle for myself, and think about what I might have […]

RealClearPolitics White House correspondent Phil Wegmann (note the second ‘n’) joins Jack to dish on his, er…fourth-row seat witnessing the struggles of the Biden administration. They also chat about Zen and the Art of Motorcycle Maintenance, Aristotle, and . . . drinking water? Give it a listen.

“Happiness belongs to the self-sufficient.“  Aristotle What does this mean? Is it true? Preview Open

At his best, man is the noblest of all animals; separated from law and justice, he is the worst. -Aristotle My husband has been playing Sid Meier’s Civilization VI of late and leaving the volume up so I can hear Sean Bean narrate dozens of quotes. It is very western-centric, with a sympathetic emphasis on […]

The man named Valentinus (which comes from the Latin valens, meaning “powerful, brave, valiant”) was a martyred Christian of ancient Rome, about whom virtually nothing is known.  Preview Open

In grad school I took a class on emotions and wrote a paper for it. I have long wanted to turn it into a published paper, but haven’t yet. (One or two versions of the paper were rejected by a prestigious scholarly journal, though.) But here’s a bulleted summary of some of the interesting points from the […]

“For in democracies which are subject to the law the best citizens hold the first place, and there are no demagogues; but where the laws are not supreme, there demagogues spring up. For the people becomes a monarch, and is many in one; and the many have the power in their hands, not as individuals, but collectively. Homer says that ‘it is not good to have a rule of many,’ but whether he means this corporate rule, or the rule of many individuals, is uncertain. At all events this sort of democracy, which is now a monarch, and no longer under the control of law, seeks to exercise monarchical sway, and grows into a despot; the flatterer is held in honor; this sort of democracy being relatively to other democracies what tyranny is to other forms of monarchy. The spirit of both is the same, and they alike exercise a despotic rule over the better citizens. The decrees of the demos correspond to the edicts of the tyrant; and the demagogue is to the one what the flatterer is to the other. Both have great power; the flatterer with the tyrant, the demagogue with democracies of the kind which we are describing. The demagogues make the decrees of the people override the laws, by referring all things to the popular assembly. And therefore they grow great, because the people have an things in their hands, and they hold in their hands the votes of the people, who are too ready to listen to them. Further, those who have any complaint to bring against the magistrates say, ‘Let the people be judges’; the people are too happy to accept the invitation; and so the authority of every office is undermined. Such a democracy is fairly open to the objection that it is not a constitution at all; for where the laws have no authority, there is no constitution.” Like John Miller’s Kindle single The Polygamist King, Peter L. P. Simpson’s edition of Aristotle’s Regime of the Americans can be acquired for a pittance. What you get if you spring for this slender volume purports to be the printed version of a recently recovered manuscript by the great philosopher himself — which Professor Simpson, who teaches at the CUNY Graduate Center and at the College of Staten Island, purchased from “a shadowy Hittite book dealer near ancient Scepsis in the Troad.”

To be precise, you get the original Greek and an English rendering by Professor Simpson — who has published distinguished translations of and commentaries on Aristotle’s Politics, his Eudemian Ethics, and his Magna Moralia. His commentary on The Politics is widely recognized as an especially fine piece of work.

There are, of course, spoilsports and party-poopers who claim Aristotle never wrote a treatise on the American regime and that this volume is a forgery — that it was composed by Professor Simpson or foisted on that absent-minded academic by unscrupulous persons who are now trying to pass it off to a gullible public as the genuine article. Whether some such charge is true you will have to judge for yourself. I will confess that I do find it worrisome that the depiction of Aristotle on the cover of Professor Simpson’s translation of the Magna Moralia looks an awful lot like the good professor himself. This sort of thing makes one wonder whether the old boy has finally lost it.

Me and my wife, at the Nixon library. Where I couldn’t help but gush over my brush with my favorite Aristotelian … let me explain. I was unimaginably excited … and drunk; i was also drunk (because I get so nervous). I thought I’d take the opportunity to express my undying devotion to Aristotelianism and […] Leah Libresco is one of the most interesting writers in the blogosphere. After graduating from Yale with a degree in mathematics, she matriculated into the real world. She started a blog on the Patheos atheist channel that shot to the top of the charts. Libresco was quickly hired by the Huffington Post. She rose to prominence because of her unique way of arguing for the atheist position.

After several years of challenging believers with tough questions, Libresco shocked the blogosphere with her conversion to Catholicism. She now runs the blog Unequally Yoked and writes at FiveThirtyEight. She runs the podcast Fights in Good Faith for Real Life Radio.

I came across a review of her new book, Arriving at Amen: Seven Catholic Prayers That Even I Can Offer, at the American Conservative, and was captivated by the reviewer’s explanation of her quirky and sometimes flat-out weird theological point of view. My curiosity thus piqued, I visited Libresco’s blog, then made my way over to her podcasts, where I found the May 2 edition: What Duties Come with Wealth. It was great fun! 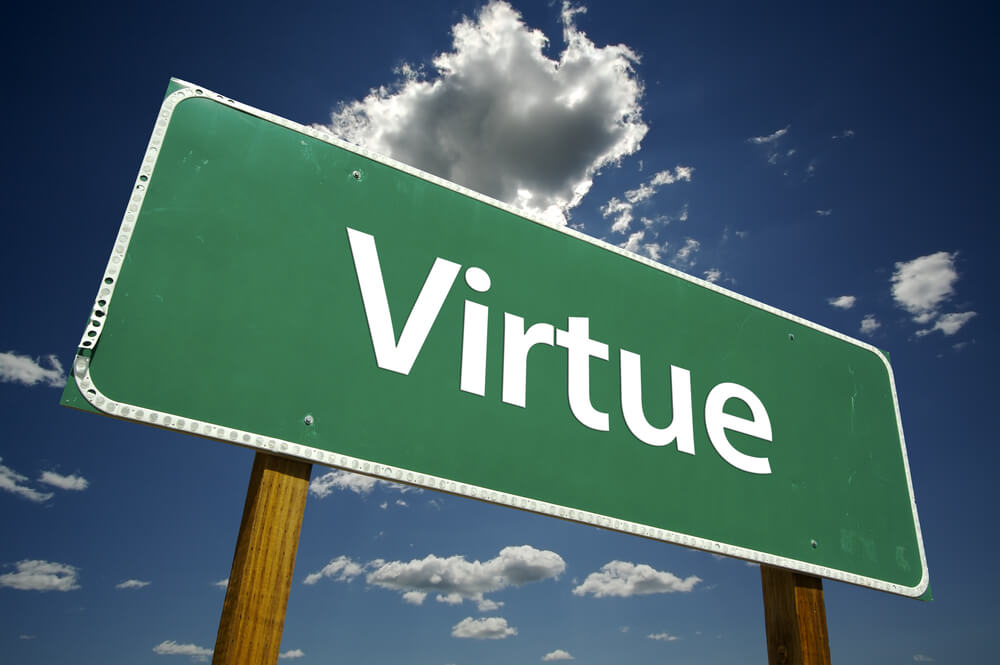 I have been forcibly reminded by recent mega–threads that there are conservatives who do not think the size and scope of the state is a pressing issue. Some of these folks, approaching things using the lens of virtue ethics, have a different diagnosis of what is wrong with society, a different idea of what needs to be done, and a different approach to what is permissible to achieve these ends. They are suspicious of markets, and fear that a focus on small government is not just electorally disastrous, but fatally distracts from the real issues facing the country.

Below I set out — largely in the form of collected paraphrases — what I take to be the virtucon project, in so far as I understand it. There are gaps, and I have no doubt made mistakes. The first paragraph, in particular, which is entirely of my own making, might be objected to as too rough and ready a summary. I have, however, tried to lay out the virtucon case in good faith, and invite corrections and additions.