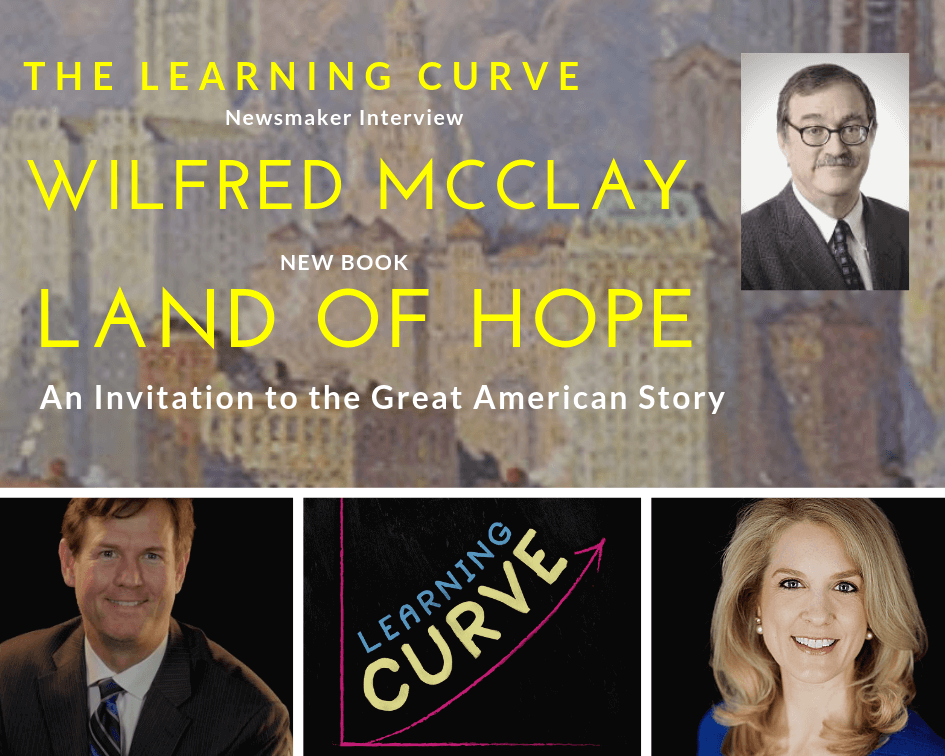 In the Newsmaker Interview, Cara talks with Wilfred McClay, University of Oklahoma Professor and author of Land of Hope: An Invitation to the Great American Story, a new high school history textbook that seeks to provide an account of this nation’s rich and complex story that puts it in proper perspective, and that is both honest and inspiring.

Stories of the Week: Are retirement benefits that are crowding out spending on current teachers’ priorities a “hidden driver” of union strikes like the one announced last week in Chicago? In California, there’s a rise in “due process” settlements in legal battles over access to special education services – but who benefits?  In Rhode Island, Providence’s Mayor plans to allow a charter school network to open one additional school, but then to ask the state to limit the expansion of all other charters in that beleaguered school district.

Commentary of the Week: Bob reacts to an op-ed by Rachel Tripp, in The Washington Examiner: “The secretary of education doesn’t have to be a public school teacher.”

Tweet of the Week: Cara gives a shout out to Cato’s Neal McCluskey‏ @NealMcCluskey

Poll: 58% of Americans Favor Vouchers for K–12 Private School https://t.co/ULqpfZwXcf via @CatoInstitute And tax credits are even more popular!

About the Newsmaker Interview Guest:

Wilfred M. McClay is the G. T. and Libby Blankenship Chair in the History of Liberty at the University of Oklahoma, and the Director of the Center for the History of Liberty. He’s authored several books, including his most recent one, Land of Hope: An Invitation to the Great American Story. McClay served on the National Council on the Humanities, the advisory board for the National Endowment for the Humanities, for eleven years. McClay has been the recipient of fellowships from the Woodrow Wilson International Center for Scholars, the National Endowment for the Humanities, and the National Academy of Education. He is a graduate of St. John’s College (Annapolis) and received his PhD in History from the Johns Hopkins University.

Next Week’s Guest: Dr. Howard Fuller is professor of education and founder of the Institute for the Transformation of Learning at Marquette University.

Rachel Tripp, in The Washington Examiner: “The secretary of education doesn’t have to be a public school teacher”
https://www.washingtonexaminer.com/opinion/the-secretary-of-education-doesnt-have-to-be-a-public-school-teacher