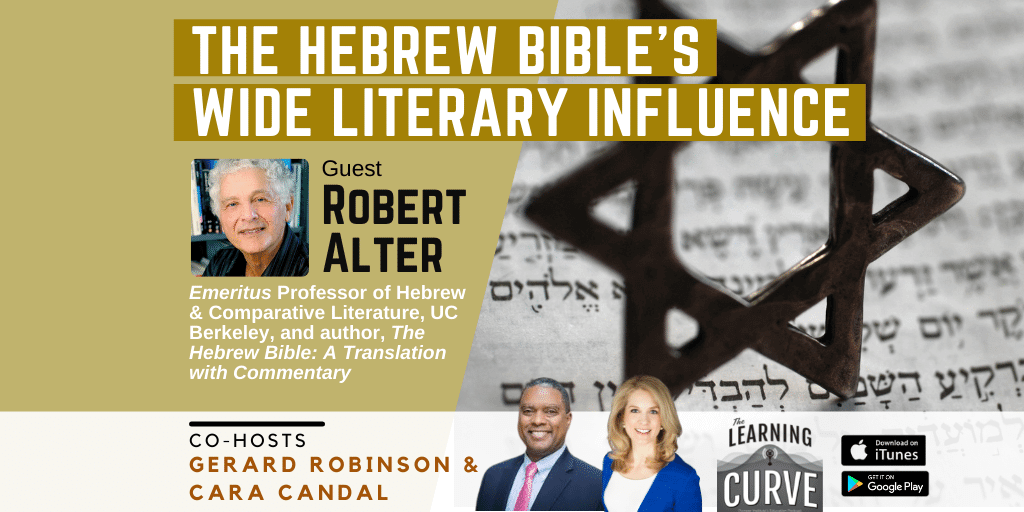 This week on “The Learning Curve,” co-hosts Cara Candal and Gerard Robinson talk with Dr. Robert Alter, Emeritus Professor of Hebrew and Comparative Literature at the University of California at Berkeley, and author of the landmark three-volume book, The Hebrew Bible: A Translation with Commentary. As Jews around the world celebrate Passover this week, Dr. Alter shares why the Hebrew Bible is probably the most influential book in human history, and the larger lessons 21st century teachers and students should draw from its timeless wisdom. They also discuss the text as a record of the Jewish people, and vital historical lessons of persecution, resilience, and survival. Professor Alter describes how the Psalms and the Book of Exodus’ stories of liberation and Moses’ leadership inspired several of the major figures of the Civil Rights Movement. The interview concludes with Dr. Alter reading from his trilogy.

Stories of the Week: In California, K-12 public school enrollment has declined below 6 million for the first time in over two decades, with COVID accounting for only some of the loss. New Brookings research explores whether major federal aid packages directed to schools during COVID, and after the 2008 Great Recession, have been used for the intended purpose.

The next episode will air on Weds., April 27th, with Dr. Wilfried Schmid, Dwight Parker Robinson Emeritus Professor of Mathematics at Harvard University, who played a major role in the drafting of the 2000 Massachusetts Mathematics Curriculum Framework, and served on the U.S. National Mathematics Advisory Panel in 2008.

What states require in their educational standards has long-lasting effects on individual attitudes and occupational choices. https://t.co/kSPgWw0E4i