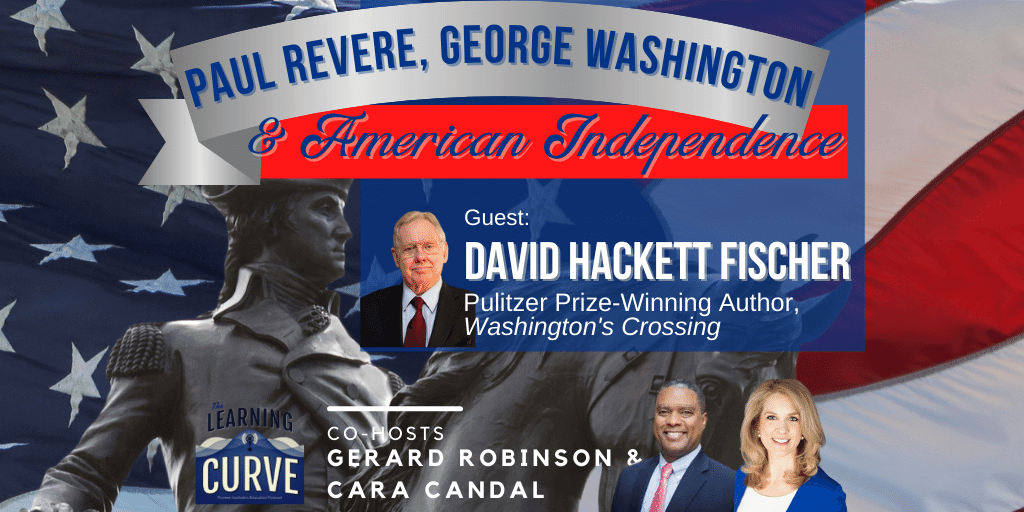 David Hackett Fischer is University Professor and Earl Warren Professor of History Emeritus at Brandeis University. His works focus not only on great individuals, but also on the societies and people behind the wider movements that informed those individuals’ accomplishments. Fischer has authored several books, including Albion’s Seed: Four British Folkways in America (1989); the groundbreaking Paul Revere’s Ride (1994); and Washington’s Crossing (2004), a study of the American Revolution with special focus on George Washington’s 1776 crossing of the Delaware River. It became a popular best seller and won the 2005 Pulitzer Prize for history. He also wrote a well-regarded work on French explorer Samuel de Champlain, Champlain’s Dream (2008). In 1990, Professor Fischer was awarded the Louis Dembitz Brandeis Prize for Excellence in Teaching and was named Massachusetts Professor of the Year by the Carnegie Foundation for the Advancement of Teaching. He became a fellow of the American Academy of Arts and Sciences in 1995. In 2015, he won the Pritzker Military Museum & Library Literature Award for Lifetime Achievement in Military Writing. Fischer earned a bachelor’s degree from Princeton University and a Ph.D. in history from Johns Hopkins University.

The next episode will air on Wednesday, July 7th, 2021 at 12 pm ET with guest, Susan Patrick, the President and CEO of Aurora Institute and co-founder of CompetencyWorks.

A growing proportion of 4th and 8th graders read at the lowest level on national tests. Experts are working to understand why.https://t.co/tgvhsilNzj