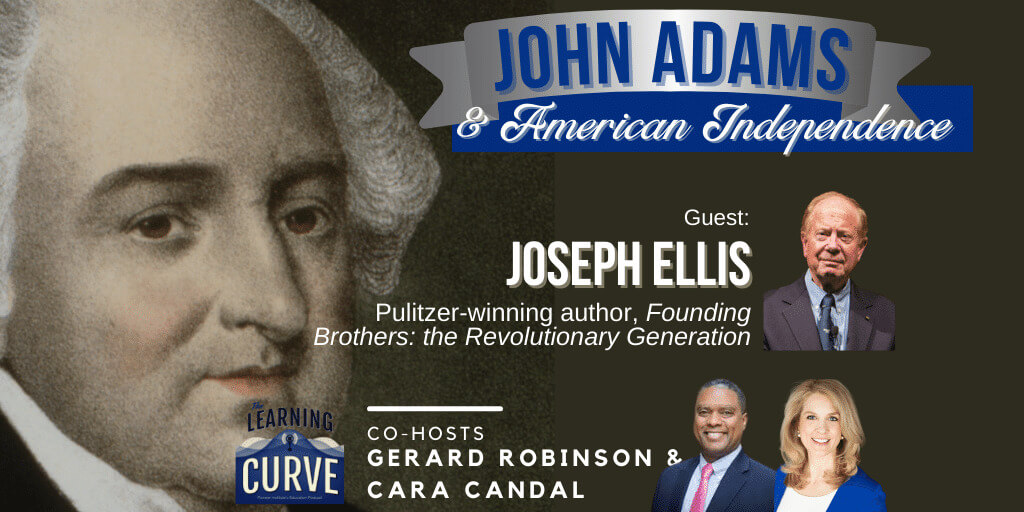 The next episode will air on Weds., July 13th, with Jean Strouse, author of the award-winning biography of J.P. Morgan, Morgan: American Financier.

Joseph Ellis is Professor Emeritus of History at Mount Holyoke College and among the nation’s leading scholars of American history. The author of eleven books, Ellis was awarded the Pulitzer Prize for Founding Brothers: The Revolutionary Generation and won the National Book Award for American Sphinx: The Character of Thomas Jefferson. His in-depth chronicle of the life of our first President, His Excellency: George Washington, was a New York Times bestseller. Ellis’ most recent book, The Cause: The American Revolution and Its Discontents, was published in Fall 2021. Professor Ellis’ essays and book reviews appear regularly in national publications, such as The New York Times, The Los Angeles Times, The Wall Street Journal, The Chicago Tribune, The New Republic, and The New Yorker. Ellis’ commentaries have been featured on CBS, C-SPAN, CNN, and PBS’s The News Hour with Jim Lehrer, and he has appeared in several PBS documentaries on early America, including John and Abigail [Adams] for PBS’s The American Experience and a History Channel documentary on George Washington. He received his A.B. from the College of William and Mary, and earned his M.A. and Ph.D. from Yale University.

The Hawaii Space Grant Consortium, a community educational program supported by @NASA, has partnered with schools across the state to implement robotics in the classroom. #EdChathttps://t.co/UGOKp093EJ

“How’d You Do It?” Mississippi’s Superintendent of Education Explains State’s Learning Gains