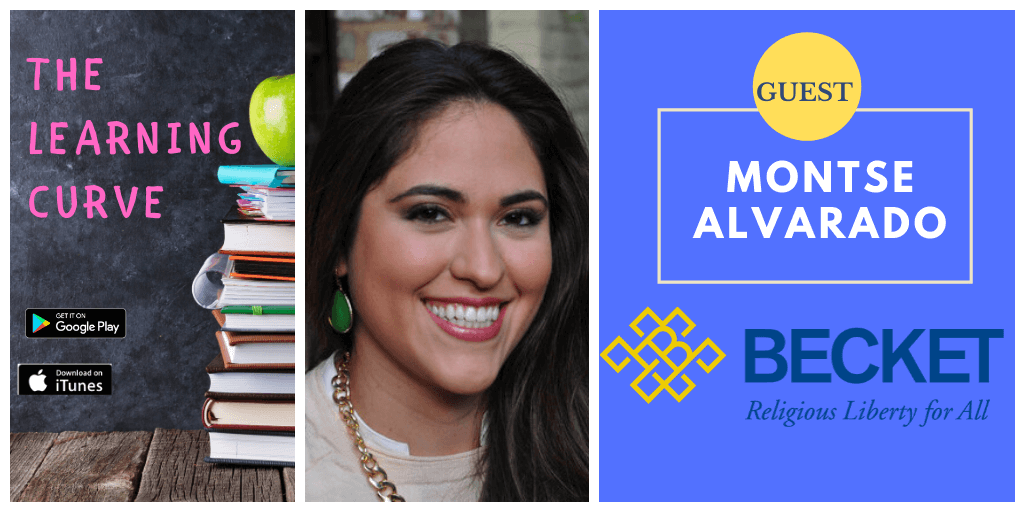 A new partnership between Southern New Hampshire University and charter school networks in Boston, Chicago, and Texas promises to boost college completion rates for their largely low-income, minority alumni. Three Maine families residing in rural communities with no public high school are battling in a federal appeals court for the religious schools their children attend to be included in the state’s out-of-district tuition program. A National Council on Teacher Quality survey of over 100 large school districts shows nearly half offer performance pay based on teacher evaluations – is this the most effective approach to attract and reward excellence?

Montse Alvarado joined the Becket Fund for Religious Liberty in 2009 and was named VP & Executive Director in February 2017. With a background in public policy and campaigns, she has led initiatives at Becket in development, communications, strategy, and operations that have helped secure religious liberty victories. Montse has appeared on Univision, CNN en Español, Telemundo, Fox Business, and EWTN. Born in Mexico City, she is fluent in Spanish and French and is a competitive jazz and classical vocalist. Montse earned a Masters from the George Washington University and a B.A. from Florida International University. She tweets @Mmontsealvarado.

Thousands are walking across the Brooklyn Bridge for an anti-hate march and rally in support of the Jewish community. Ahead of the march, Gov. Andrew Cuomo and Sen. Chuck Schumer both called for government action to combat hate crimes. https://t.co/cj1GBjcHlj

Chalkbeat: More charter operators are offering a plan B to alumni who drop out of traditional college. Will it work?