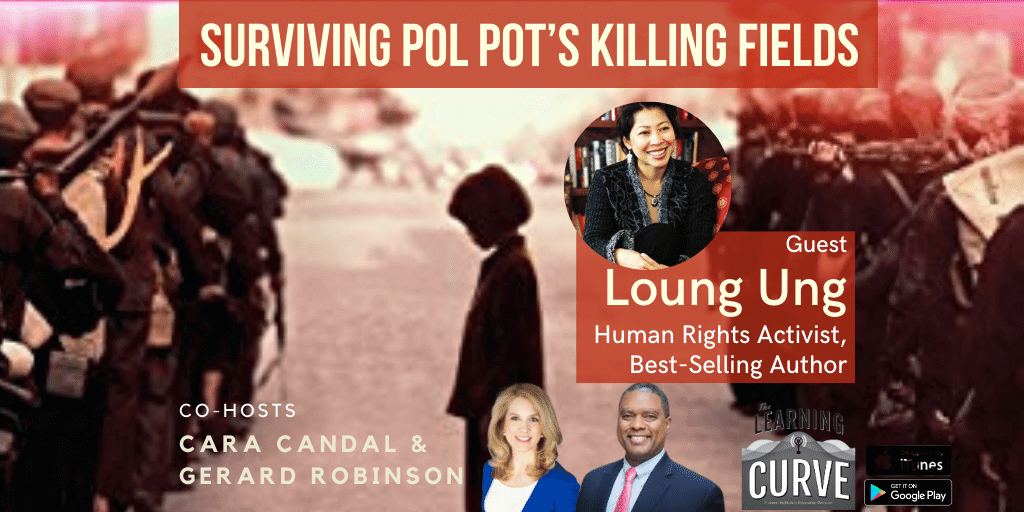 Loung Ung is a bestselling author, human-rights activist, and co-screenwriter of First They Killed My Father, the critically acclaimed 2017 Netflix Original Movie based on her memoir, that was produced and directed by Angelina Jolie and is now streaming on Netflix. Her other books include Lucky Child: A Daughter of Cambodia Reunites with the Sister She Left and Lulu in the Sky: A Daughter of Cambodia Finds Love, Healing, and Double Happiness. She has worked on various campaigns to end violence against women and the use of child soldiers, and to eradicate landmines globally. Among the publications, television, and radio shows she has been featured on are The New York Times, Washington Post, USA Today, People Magazine, CNN, Fresh Air with Terry Gross, and The Today Show. In addition, she has been the subject of documentary films broadcast by Nightline, German ARTE, and Japanese NHK. Loung has given hundreds of keynote addresses at numerous forums in the U.S. and internationally, including Stanford University, Dartmouth College, Phillips Academy, and the Women in the World Summit. Visit www.LoungUng.com and https://www.facebook.com/LoungUngAuthor/ for study guides and teaching videos.

The next episode will air on Wednesday, March 17th, 2021 at 12 pm ET with guest, Dr. Kathryn Tempest, a Reader in Classics and Ancient History at the University of Roehampton in London, UK, and author of Cicero: Politics and Persuasion in Ancient Rome and Brutus: The Noble Conspirator.