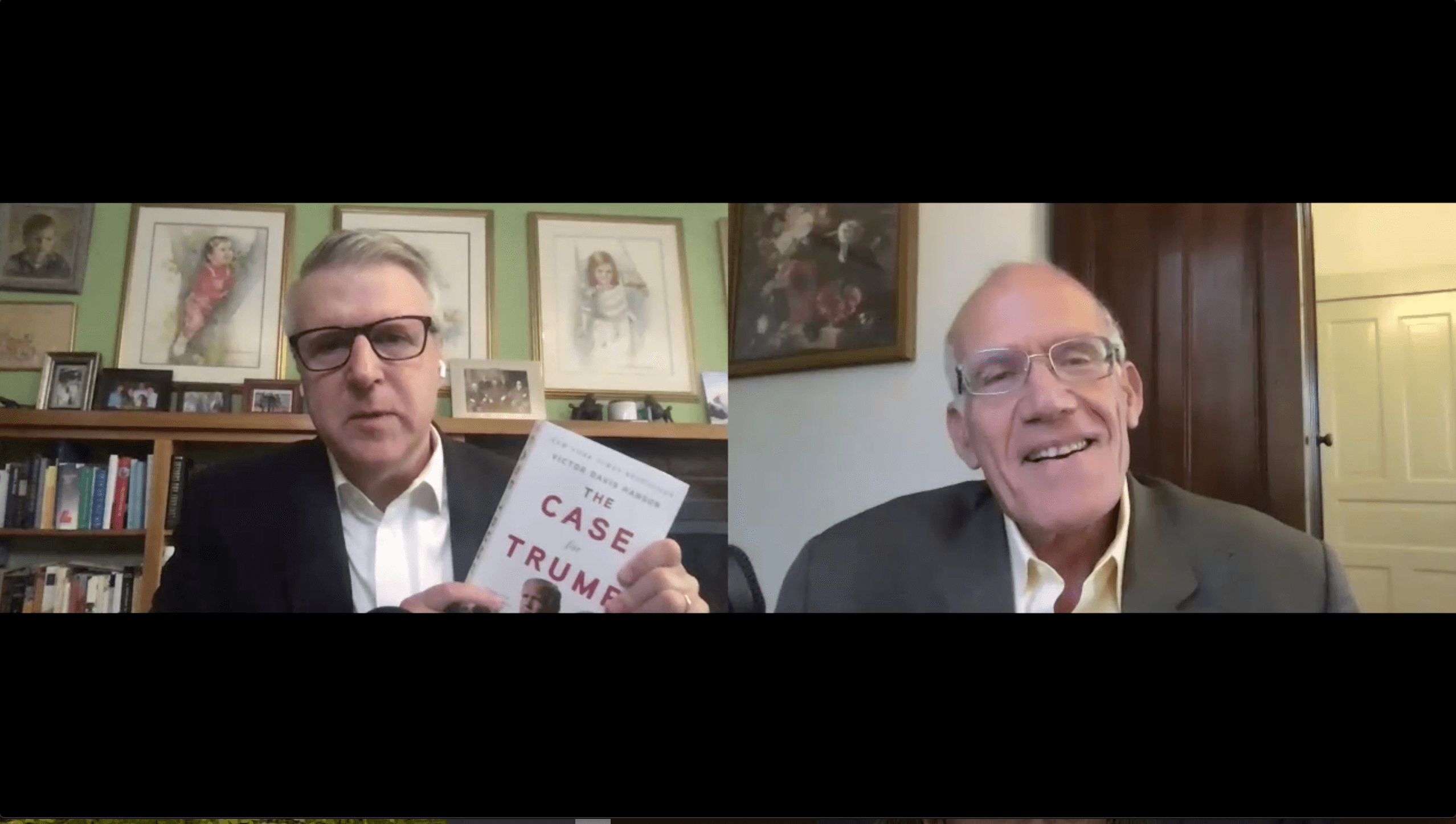 With a little over three weeks to go before the election, we thought it would a good time to have a heart to heart discussion with our good friend Victor Davis Hanson. the Classics professor, the military historian, the farmer, the cultural observer, and the author of The Case For Trump, his best selling book that came out in 2017 and was re-issued earlier this year. It’s the most cogent case we’ve seen for the re-election of the President. In this one on one conversation, Peter Robinson takes Victor through all the reasons to cast a vote for Donald Trump and challenges Victor with a few reasons not to pull the lever for him. It’s an enlightening and informative hour and should be required listening (if we do say so ourselves) for all voters, especially those who are still undecided. Have at it.