This week’s review of the news is more wide-ranging than usual, starting with the question of whether the release of Top Gun: Maverick will turn out to be one more small indicator that the backlash against the cultural left is gaining steam. After all, the left hated the original Top Gun in the 1980s, because it was said to be an emblem of Reaganite jingoism, and since the sequel involves attacking a nuclear installation of an unnamed country that is surely meant to be Iran, well. . . Meanwhile, along the way, Lucretia makes reference to getting event tickets from “Ticketron,” drawing derisive snorts from Steve, who wonders why the MCU people haven’t made Ticketron a wingman for Iron Man or something.

When it comes to mass shootings, we observe a rule of not commenting for at least 48 hours, for the simple reason that early reports are often wrong, and usually incomplete. And in fact we still lack a number of important details about the Uvalde shooting. We do our best to offer a few observations that have so far not received much airing. 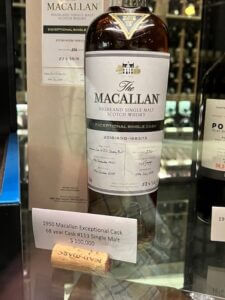 But the central topic of the episode draws from the fact that our Claremonster friends are back in the news, with critical articles out this week in the New York Times, National Review, and other publications, not to mention an internal food fight that has broken out inside the family. (Film at 11!) So we decided, Psaki-like, to “circle back” to the nub of the problem—the historic difficulties of how to understand the principle of equality in American life. Maybe the left has done us a favor by openly rejecting equality in favor of equity, which is not the same thing. The left’s version of equity turns out to be a rejection of equality rightly understood just as much as slavery did. Just how does the left’s endlessly expanding demands for redistribution, which requires taking what Person A has earned to give to Person B who didn’t, differ from Lincoln’s description of the core dynamic of slavery: “You work, and I eat”?

Finally, a listener makes the nearby suggestion for how we should step up our single-malt game. Who’s up to take a collection to buy this bottle? Too bad we can’t sell raffle tickets through our nearest Ticketron outlet at Sears.

And given the lede to today’s show, the exit music is rather predictable.