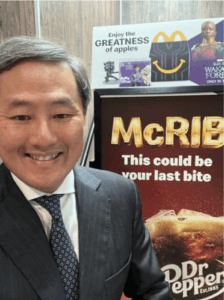 Some smart aleck wag at the Daily Caller has decided this midterm was the “McRib” election, saying “Democracy is like the McRib: It comes and goes mysteriously every two years or so and it is confusing.  And, like politicians, once the McRib is reintroduced with a big ad campaign, you remember months later why you didn’t like it in the first place.”

Needless to say, with lingering threats by McDonald’s to terminate the McRib, John Yoo can’t take this lying down, so he takes the chair in this week’s 3WHH episode as we deconstruct how the GOP’s high election expectations got deconstructed, while Steve introduces the gang to a peaty, single-malt Austrian whisky (yes you read that right) he discovered over in Vienna.

One problem is obvious: the election isn’t over, though you’d think “early voting” (which appears increasingly to be vote-rigging) would mean we could get results faster, not slower.

We have a spirited discussion about candidate quality, whether Dr. Oz would have won Pennsylvania if there hadn’t already been 600,000 early votes cast before the Oz-Fetterman debate, whether the Republican silence about the Democrats’ attacks on abortion after Dobbs was a major failing, and what changes ought to be made to our election system. Oh, and what’s up with Trump? He appears to be having a meltdown.

Finally, we review with John the sudden federal district court ruling out Thursday that struck down Biden’s student loan forgiveness program, and whether it will hold up on appeal.