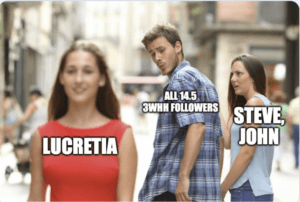 This week the gang revisits the taxonomy of which Star Wars characters map properly onto the domain of the New Rebel Alliance, aka, the “national conservatives” we discussed in some detail last week, chiefly because John and Steve knew it would annoy Lucretia, who declined to accept the open position as the Princess Leia of the NatCons.

But this was all just preface for her on-the-scene report of seeing Blake Masters in action on the campaign trail in Arizona this week. Her view is “we don’t need no stinkin’ labels,” or Star Wars characters either! No wonder a faithful listener—one of our charter “fourteen & a half”—memed the show this week (see nearby).

From here we spend a considerable time discussing the latest front in “lawfare,” that is, politics by other means, looking at the latest legal action brought against Trump, but also how some liberal legal dogmas are turning around against the left, especially in civil rights. Will civil rights law turn out to be the Achilles’ Heel of campus diversity regimes? (Can we even say “Achilles’ Heel” on campus any more, or is that a macroaggression? One can hardly imagine Achilles committing a microaggression. . .) And did President Biden’s declaration that “the pandemic is over” put a number of his policies in legal peril? The precedent here are the court rulings that held Trump’s statements against him in several high profile cases such as the supposed “Muslim ban” and the proposed citizenship question for the 2020 Census.

Stay with us for an update on the continuing weirdness in the polls, with Steve offering some new theories on why they are likely less reliable than ever this cycle. And as always, we end with our “Kamala-ism” of the week, though Steve promises to roll out soon his new parlor game comparing Harris to Al Gore in an all new “Vapid Veepstakes Competition.”

I dunno—I kinda think this could work: 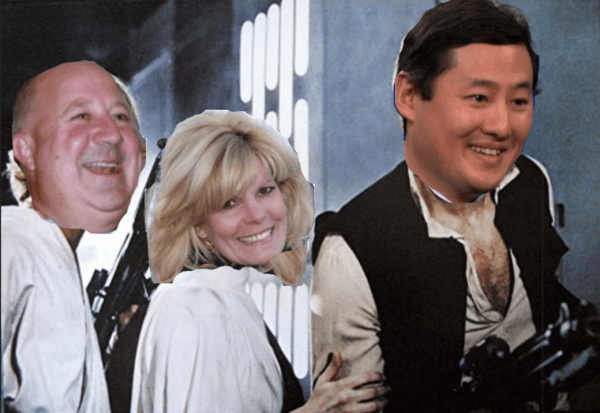