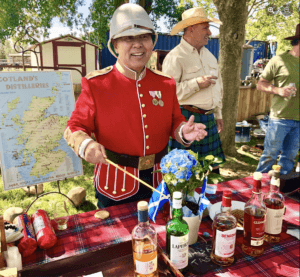 First, we are pleased to appoint Lance Izumi, a previous guest on this show, to be the official whisky master of the 3WHH, even though he doesn’t drink whisky (or anything else for that matter), because anyone who can pull off this look deserves the recognition.  And we’ll have him back soon to talk about the latest on K-12 education. (Notice Laphraoig front and center in his lineup—a point for Team Steve.)

Meanwhile, as promised—or was it threatened?—last week, Lucretia and Steve head back to the seminar room this week to demonstrate how the left is lying about Critical Race Theory by the underhanded means of simply quoting what they say it’s all about.

From there we have a spirited disagreement about the meaning and usefulness of Max Weber’s famous 1919 lecture “Politics as a Vocation,” which Steve has recorded a not-yet-released long podcast with the young guns at The New Thinkery (stand by for updates). Steve thinks that despite Weber’s defects, the lecture has some merits, and when you know some of the backstory of how Weber came to give the lecture amidst the chaos and revolutionary violence of the immediate post-World War I scene in Munich, it takes on an additional poignancy.

Besides, Bill Clinton says “Politics as a Vocation” is a favorite “book” about politics, and who can pass up the chance to heckle the Big Dog, as the vision of Clinton huddled over the dense and difficult Weber is rather far-fetched.