Your Three Whisky Happy Hour bartenders wandered to Milan this week where we recorded a rare in-person episode, and since we met in Italy, naturally we taste-tested Austrian single-malt whisky, described on the label as “dark” and “peated.” You’ll have to listen to find out the complete verdict, though one hint is that we don’t think we’ll be rushing to import any Waldvietler whisky any time soon. (The Negronis we had at the bar were fabulous, I am happy to say. Turns out there no Italian whisky.) 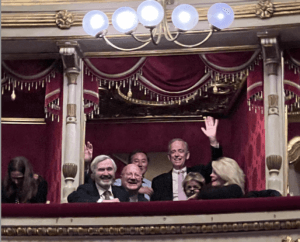 Our delegation at the opera

What, you ask, were we doing in Milan? Believe it or not, there is a critical mass of conservatives in Italy these days wanting to step up their game, and they invited us over for a conference and to spend some time with students at the University of Milan school of law, where the students were excellent, and the several of the faculty are—how to put it?—rather more sound than a lot of faculty you might find at most American law schools.

We took in plenty of cultural attractions while we were there, including the opera at La Scala, and artwork at the Pinacoteca Ambrosiana, which boasts significant holding of Leonardo da Vinci’s writings, but also the original, full-sized sketch Raphael used to plan out his “School of Athens,” which Steve argues is the greatest single piece of artwork expressing the greatness of Western Civilization. John and Steve held an impromptu debate about it on site at the museum (Lucretia overslept from jet lag and missed it), and naturally this debate spilled over to the first topic of discussion for this episode of the podcast, since there is much to be corrected about the simplistic interpretations of Plato and Aristotle depicted at the center of the masterpiece. (But Steve’s theory of why the painting can also be construed as an allegory for the feud between East Coast and West Coast Straussians was left on the cutting room floor. You can thank us later.) 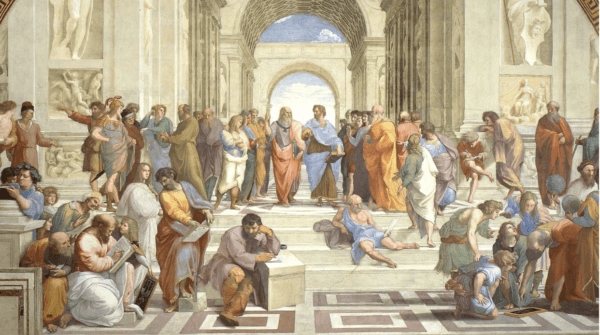 The School of Athens as it appears in the Vatican.

From there we go on to try to figure out what we can from afar about the election results, who should lead Republicans in the next Congress (Lucretia, you won’t be surprised to hear, is not keen on keeping the current leadership—she seems to have something against GOP figures whose names begin “McC—“), and ending with a rousing argument about Texas Governor Greg Abbott’s decision to call up the national guard to patrol and enforce the southern border.

A sound note: because were recording in old Europe (the University of Milan campus is in some classic old style brick buildings), we were in a room with very high ceilings as is the old style, and as such our sound is rather “boomy.” One of these days maybe we’ll able to afford a mobile recording studio or something. 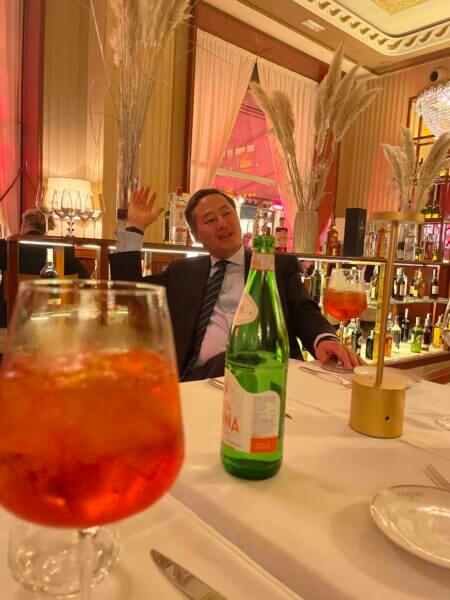 John Yoo holding forth at the bar. 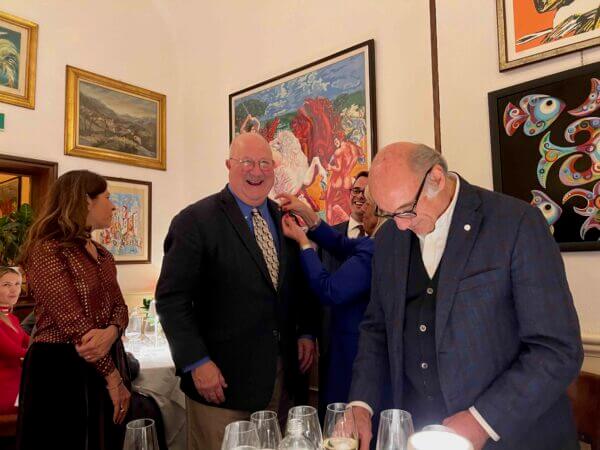 Receiving my official “Friend of Milan” pin from the local potentates. 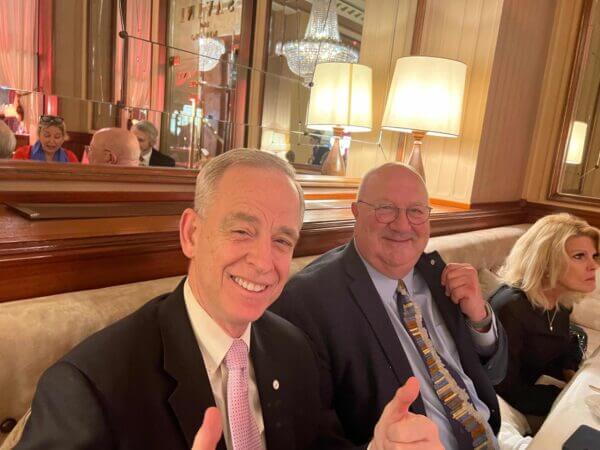 The Federalist Society’s Dean Reuter and I showing off our Friend of Milan pins while Lucretia glares at somebody who said something wrong, and is about to release the Kraken.

Speaking of the Kraken, Lucretia discovered her favorite shopping venue in Milan: 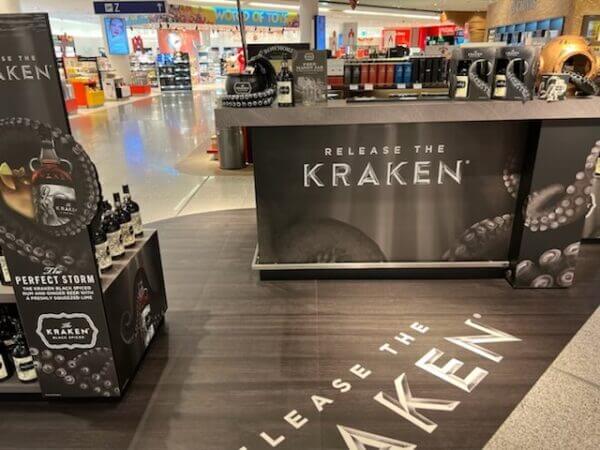 P.S. For some reason, I was unable to convince either John or Lucretia (or anyone else sadly) to come with me to take in Steve Hackett, who by coincidence (if coincidence it be) was playing “Foxtrot at 50” at a theater right next to our hotel.