As Monty Python used to say, “And now for something completely different.” I decided to do a one-off episode about my favorite topic with which to annoy anyone of taste and refinement—a reflection on prog rock, which Jody Bottum once aptly described as “rock and roll gone to college.” It turns out that 2021 marks the 50th anniversary of some of the classic albums from the golden age of Prog Rock, include “Fragile” and “The Yes Album,” Jethro Tull’s “Aqualung,” “Nursery Crime” from Genesis, and “Acquiring the Taste” from Gentle Giant. 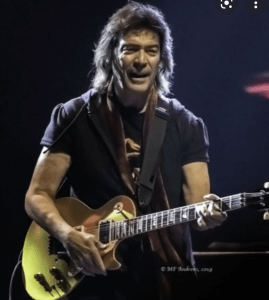 Given that I’ve successfully annoyed Power Line readers with some of the more forbidding Gentle Giant tunes from that era, I decided for this episode to review some of the instrumental interludes and bridges of Genesis from those long ago albums before Phil Collins ruined the band by taking it into pure pop after Peter Gabriel left in 1975. For excerpts, however, I decided to use some of the recent live arrangements of Steve Hackett, one of the lead guitars and co-songwriter for many of those old tunes. So while it may be “prog rock,” it’s easy listening! (Though I did sneak in a few bars of Gentle Giant at the very end.)

The episode features excerpts from “Firth of Fifth,” “The Cinema Show,” “Supper’s Ready,” “Horizons,” “After the Ordeal,” and “Harlequin.”