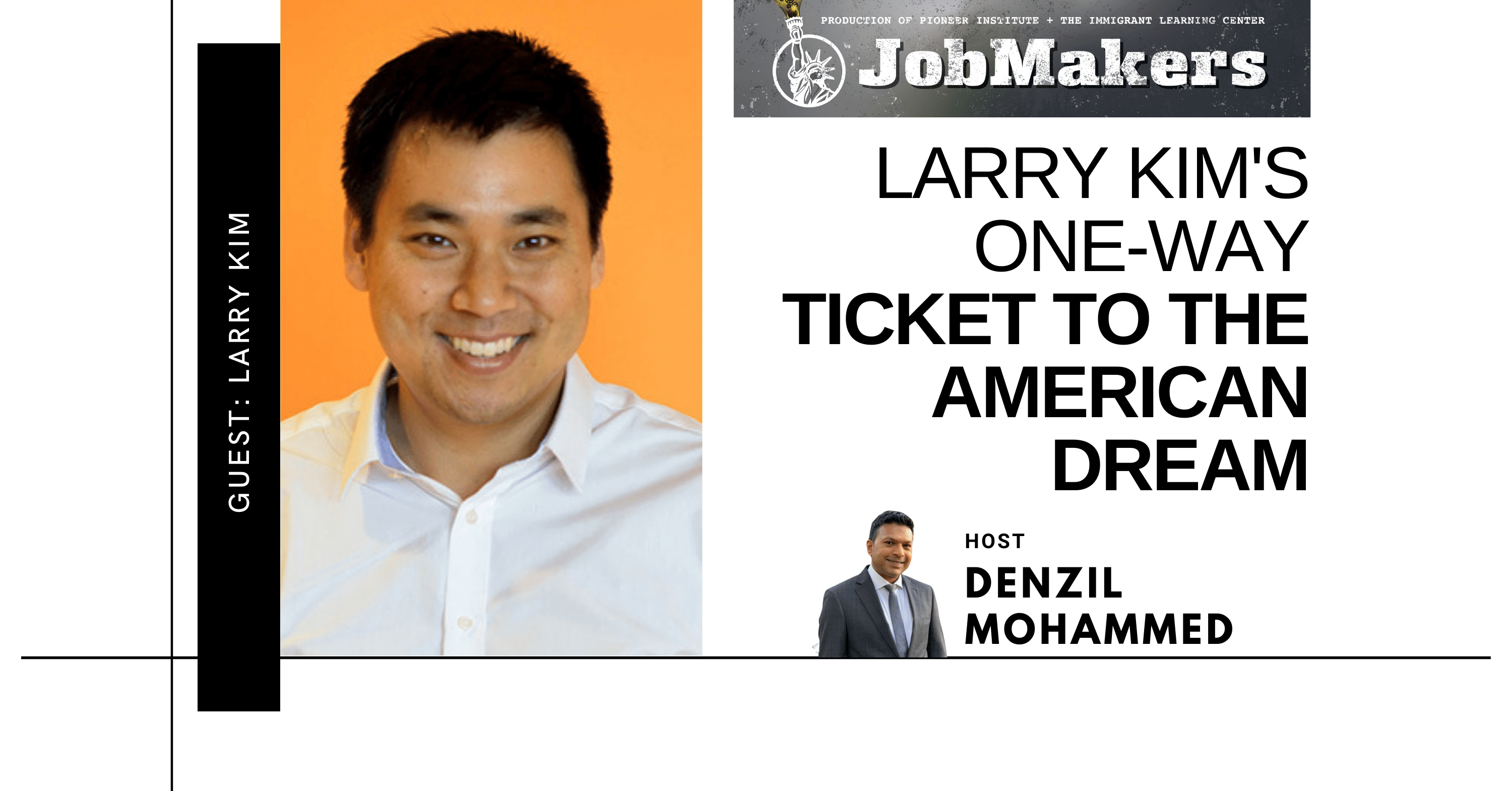 This week on JobMakers, host Denzil Mohammed talks with Larry Kim, founder of WordStream in Boston, which was acquired for $150 million, and MobileMonkey, a chatbot marketing platform for marketing and customer support on Facebook Messenger, web chat and SMS. Larry’s parents fled to Canada after the Korean War on a one-way ticket. That in turn gave him the opportunity to purchase his own one-way ticket to the U.S. to fulfill his American dream. Larry is creating hundreds of meaningful jobs for Americans, something he’s not only proud of but feels is at the core of his values, to give back to the country that gave him the opportunity to actualize bold new ideas. Through his technology, he’s helped tens of thousands of companies to grow their businesses, and, with nearly 750,000 followers on Medium.com, he mentors budding entrepreneurs from around the world, as you’ll discover in this week’s JobMakers.

Larry Kim is the founder and VP of Marketing of MobileMonkey, the world’s best chatbot marketing platform for marketing and customer support on Facebook Messenger, Web Chat, and SMS. He’s been named Search Marketer of the Year from PPC Hero (2013, 2014, 2015, and 2017), Search Engine Land, and the US Search Awards. He also won special recognition from the United States Senate & House of Representatives for his work in creating jobs in the Boston economy. Larry is ranked the #8 most popular author on Medium. Larry is also the founder and former CTO of WordStream, Inc., the leading provider of AdWords, Facebook and keyword tools used by over a million marketers worldwide. The company employs more than three hundred people and manages billions of dollars of ad spend on behalf of tens of thousands of customers. WordStream was acquired by Gannett, parent company of USA Today, for $150 million in July 2018. Larry speaks at conferences across the country and internationally each year, including Dreamforce, INBOUND, Pubcon, SMX, SearchLove, Social Media Marketing World, and hundreds of others. Larry holds a degree in Electrical Engineering from the University of Waterloo.