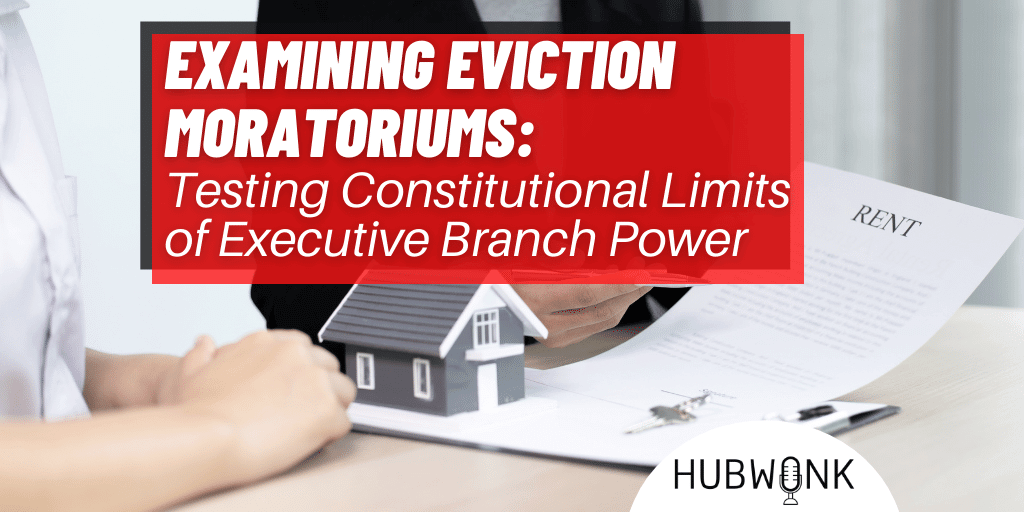 Hubwonk host Joe Selvaggi talks with constitutional scholar and George Mason Law Professor Ilya Somin about the flaws and legal vulnerabilities of the first and second CDC eviction moratoriums and discuss what current and future court rulings will mean for the limits of executive agency powers.

Ilya Somin is Professor of Law at George Mason University. His research focuses on constitutional law, property law, democratic theory, federalism, and migration rights. books Free to Move: Foot Voting, Migration, and Political Freedom (Oxford University Press, 2020), Democracy and Political Ignorance: Why Smaller Government is Smarter (Stanford University Press, revised and expanded second edition, 2016), and The Grasping Hand: Kelo v. City of New London and the Limits of Eminent Domain (University of Chicago Press, 2015, rev. paperback ed., 2016). Somin’s writings have been cited in decisions by the United States Supreme Court, multiple state supreme courts and lower federal courts, and the Supreme Court of Israel. Somin has served as a visiting professor at the University of Pennsylvania Law School. He has also been a visiting professor or scholar at the Georgetown University Law Center, the University of Hamburg, Germany, the University of Torcuato Di Tella in Buenos Aires, Argentina, and Zhengzhou University in China. Before joining the faculty at George Mason, Somin was the John M. Olin Fellow in Law at Northwestern University Law School in 2002-2003. In 2001-2002, he clerked for the Hon. Judge Jerry E. Smith of the U.S. Court of Appeals for the Fifth Circuit. Professor Somin earned his B.A., Summa Cum Laude, at Amherst College, M.A. in Political Science from Harvard University, and J.D. from Yale Law School.