In another post, someone mentioned that they don’t have time to listen to long-form podcasts. I treat some podcasts like JY treats books on tape; no need to listen in one sitting. Depending on what I’m up to, it’ll take me a couple of days to finish a Joe Rogan podcast. And a Martyr Made podcast series will encompass a drive to Arizona and the return trip.

Much of what I spend my time on allows for an ear bud. Making bread, grinding through Excel pricing spreadsheets, building a website for my brother (killinroad.com; almost ready for prime time), cleaning house, walking to work, the occasional road trip, cleaning out the attic and the basement.

Somehow, just today, I’ve gotten a bunch of YouTube recommendations that are just people reading/narrating Reddit posts. Some of them are up to 6 months old, but I haven’t seen anything like this before. Preview Open 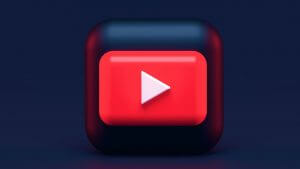 Alan Dershowitz and Joel Pollak discuss Pollak’s new book about the election, YouTube censorship, and the blacklisting of opposing viewpoints in academic circles. As you might expect, Dershowitz does a lot of the talking. Then again, Pollak is his former student, and Pollak does change the Professor’s opinion on at least one thing. A refreshing […]

If you use a lot of YouTube, and Windows 10, I would suggest you pause automatic updates for a while.  Maybe 3 weeks. The latest Windows “Quality” (what a joke!) Update appears to break YouTube, at least directly on their site.  It doesn’t seem to affect embedded videos such as on Ricochet. Preview Open

Cydnee Black uploaded her first makeup tutorial to YouTube in 2013, at that time, she was one of the few African Americans doing makeup tutorials. She now has over 1 million subscribers and is considered an “influencer” even though she despises that term. She has since transitioned into researching moments in history that interest her and creating informational videos about topics such as the Clarence Thomas/Anita Hill hearings, JFK’s affairs, and the life of Coco Chanel, while still doing makeup applications. She talks to Bridget being a black girl with blue eyes, how she was bullied for “speaking white,” and how she and her sister were the only black kids at their school. They cover why you should never idolize anyone on the internet, why women hate their bodies so much, keeping themselves small to make others feel more comfortable, BLM, cancel culture, psychics, colorism, and being your own brand.

I spent the weekend away from writing, spending the time with my wife. Politics can be so depressing, and the national news so infuriating, that from time to time I have to go on a news fast to prevent me from losing my perspective on life in general. When I do this, I try to find something humorous to watch.

I was thinking about this as I planned my weekend. I worked some ham radio communications on Saturday and then settled down with a few of my favorite YouTubers. YouTube has done more to convince me that there is a lot right with America than the media let on. Some of the stuff on YouTube shows the real people trying to communicate the truth.

Jim Geraghty of National Review and Greg Corombos of Radio America praise Texas Governor Greg Abbott for a series of conservative legislative victories. They also react as YouTube admits it is suppressing what it deems “borderline” content. And in a double crazy martini, they discuss Alexandria Ocasio-Cortez (literally) running from Republican competition while reportedly entertaining a future primary challenge to either Sen. Chuck Schumer or Sen. Kirsten Gillibrand.

I know many of us have been waiting impatiently for the Tina Fey impersonation of AOC that might equal the totally fair and unbiased job she used her talent for when inspired by Sarah Palin. (There is now supposed to be an SNL version with a lesser-known I haven’t seen). But, until the well known […] The number of documentaries one can watch on YouTube for free is staggering, including some of the classic art documentaries the BBC released between 1969 and 1980. The impetus for finding them online was the news that a new Civilisations (yes, the English spelling) series was being released, and as this YouTube comment relates, it’s […]

Awhile ago, I did a post about the YouTube history channels I’d been watching as a respite from the simplistic sensationalist garbage on the TeeVees. Here’s an update, with some new finds.

Even though the Great War ended one hundred years prior to November 11, 2018, The Great War channel is still soldiering on. Dedicated to events, week by week, that happened a century ago during the war, the channel is still a great resource if you are interested in that conflict. Now that the war is “over,” the channel does updates on the aftermath. Boy, there is still a lot of fighting going on.

With my newly minted Coolidge account I shall post!  (Someone tell me if I’m doing this wrong.) So this was more of a “Hot Take” when I started thinking about it last week. Since then several events have caused people smarter and with actual audiences to weigh in on this. Variations on “Do We Need […]

It’s starting to drive me nuts. I know, I know, nostalgia is a powerful, heady emotion, but come on already.  Preview Open