It’s New Year’s Eve and I’m back to doing doubles at the Deathstar. I’d say that it “seems like old times” but no times seem like old times anymore at the mothership. Or anywhere else, for that matter.

New Year’s used to be quite the event at my “day job” (a law firm that we support staff like to [half] jokingly refer to as the nexus of evil in a galaxy far, far away). Our offices loomed over 42nd and Broadway. We’d flock to the windows just before midnight to watch the team in charge of the ball drop scurry around below us on the platform and as the countdown ended, the fireworks would rise up to meet us, exploding literally before our eyes. 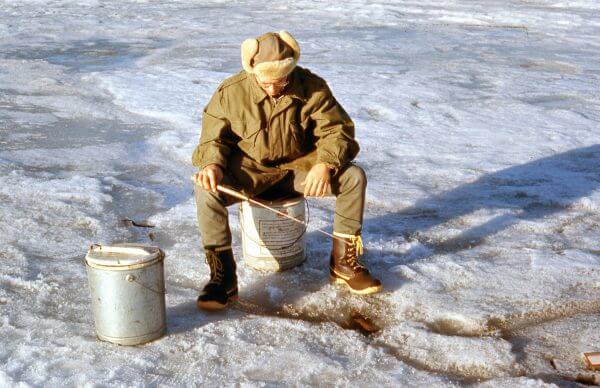 I never did much of the kind of ice fishing depicted in the photo to the right, which shows my brother Jim on the shallow waters of West Leaf Lake in Otter Tail County in north central Minnesota. It was a bright, warm day in March 1972, but it’s not the kind of light I had in mind for the title for this month’s group writing theme.

I presume Jim was fishing for crappies or bluegills, as it would have been out of season for walleyes, bass, or northern pike. My favorite kind of ice fishing was dark house spearfishing for northern pike. The photo below, taken the previous winter on the same lake, depicts a scene from that activity. Even though days are short in early January, when this photo was taken, the scene probably wasn’t as dark as this deteriorated photo makes it appear. I like it, though, partly because of the mood it evokes and because it shows family members who didn’t care much for ice fishing getting in on the fun of moving the fish house or dark house (either term was used) on a sledge to a new location on the lake. Any new location had to be chosen carefully, as it could be a bit of a production to move. In the photo I see myself, Dad, my two sisters, and perhaps one cousin. My guess is that some of them were glad to get outside for a little fresh air and exercise and then went back home when the actual fishing started. 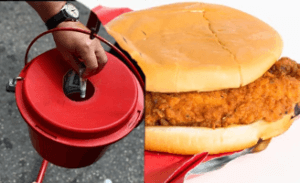 In the interest of stimulating more volunteering for our group writing projects, I roll out Christmas bears and Christmas disco. This December’s theme is “Winter Lights and Dark Winter Nights.” Ricochet members, founding or first time subscribers, AND especially the reticent or keyboard shy, are strongly encouraged to join in our group writing project this month. […]

Merry and Blessed Christmas to all from Chez She! Xena leads off with a welcome: 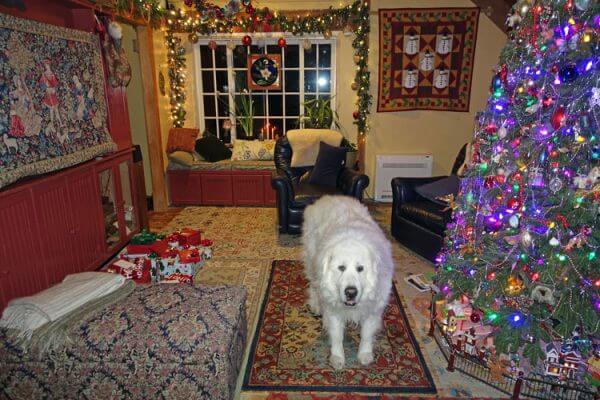 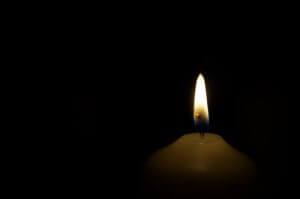 I feel a lot better now that I’ve given up hope.

Over the years, I stopped trying to figure it out.  Too much caffeine?  Sugar?  Food?  Not enough exercise?  Too much stress?  Get better sleep?  Changed all those things.  To some extent, they work, but not completely. 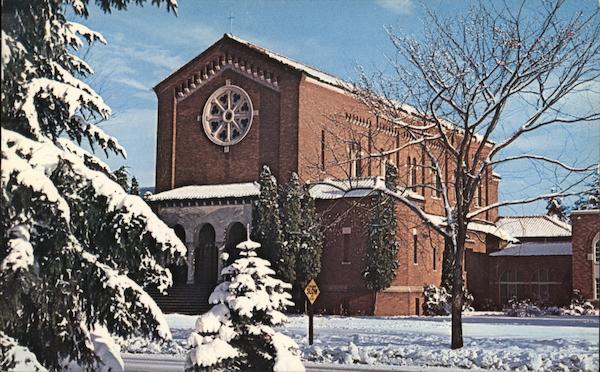 Much of my youth was spent living in government quarters on Army posts. The quarters (houses) were all quite similar because they had all been built as part of the Works Progress Administration projects. The red brick was quite uniform. Walk down into the basement and you found exposed I-beams reading “Carnegie Steel.” Each post had several chapels. Of course, one of these would be designated “Main Post Chapel.” Main Post Chapel is the setting of a Christmas Eve memory.

Main Post Chapel at Fort Lewis Washington is an elegant red brick building overlooking the main parade field, lined with carefully pruned evergreen trees. Broad steps lead up to large solid wood doors opening into the chapel interior. There are tall stained glass window and a high peaked ceiling. The chapel is the setting for multiple services, both Catholic and Protestant. On Christmas Eve, this chapel was the setting of a long military tradition, a late evening service.

For decades, this special service was packed with military families, all dress in their finest. The officers and senior enlisted were all in their dress blue uniforms, think black tie, with a few junior sergeants and privates in their issued dress greens, the equivalent of a business suit. The service consisted mostly of Christmas hymns and carols, supported by a pipe organ and piano. The pipe organ was built in 1934, a Reuter Organ Co. Opus 452.

It was dark and stormy all day here in southeast Texas. But last night was a clear, moonlit night, and it was perfect for our first trip to see the colorful array of lights at Santa’s Wonderland. I’ve seen many Christmas light displays over the years, but this was the most Texan of them all. […] 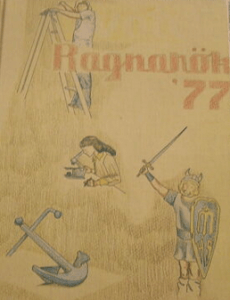 The theme of my high school graduation was We See the Light. I suppose in 1977 it didn’t sound quite as lame as it strikes me today and I couldn’t tell you exactly what light we were looking at.

My friend Richard and I didn’t fit into the upper echelon categories – sports teams, cheerleading squad, top academics. We were pretty much relegated to the literary magazine club so all we had in the zero-sum struggle of the high school pecking order was to use our creativity to bring others down to a place slightly below us. We listened to Dr. Demento, the National Lampoon Radio Hour (joke in itself as it was only a half an hour), and the CBS Radio Mystery Theater. We used my cassette tape recorder to create “shows” making fun of teachers and popular students. The recordings are long gone now, of course, but I do remember making one called “We See the Light” where we mimicked the snotty valedictorian named Anita making a self-indulgent graduation speech.

Downstream, we used to make fun of Anthony who we considered dimwitted. I don’t think he was but, for some reason, he was the punchline to our jokes as if he was Agent 86 or Inspector Clouseau who no matter how hard he tried, always got it wrong. Our taunts were always behind his back, mind you, and quite honestly we never really got to know him.

We are lagging in post presents this month, folks. This December’s theme is “Winter Lights and Dark Winter Nights.” Ricochet members, founding or first time subscribers, AND especially the reticent or keyboard shy, are strongly encouraged to join in our group writing project this month. I’m sure you have something to contribute. Do your fellow […]

(Apologies for the rather tinny and reedy audio. Entirely my fault. It was a spontaneous reaction, emotion not a bit recollected in tranquility [h/t William Wordsworth]. I used the voice recorder of my iPhone, and I was w-a-a-y in the back of the audience. I just wanted you to hear my neighbors and friends, children and grown-ups all.)

This holiday season I’m doing something I’ve never done before – reading multiple Christmas books! It started quite by accident when I realized I was reading a Christmas book already pretty soon before Thanksgiving (it was actually in October, but “soon” is relative, after all). I had another book or two I wanted to read […]

This month’s theme is “Winter Lights and Dark Winter Nights.” Ricochet members, founding or first time subscribers, AND especially the reticent or keyboard shy, are strongly encouraged to join in our group writing project this month. As customary, hereafter find a little music to set the mood or spark some creative responses. We start with […]

This December’s theme is Winter Lights and Dark Winter Nights. We start the month in Hanukkah,the “Festival of Lights.” The Northern Hemisphere winter solstice is December 21 this year. The Nativity is a story of light and dark in this world. The month ends in a night of fireworks and brightly lit parties, or maybe […]