Bridget and Jeren sit down to discuss their recent trip to South Africa. They discuss traveling during Covid, the importance of leaving the United States on a regular basis, what you learn when you travel internationally, their families’ attitudes towards traveling growing up, and their adventures in the wildlife parks they visited. They also get into the differences for traveling between men and women, an emotional helicopter ride, saving the rhinos, and trying to devise ways to protect themselves in the event of a lion attack. 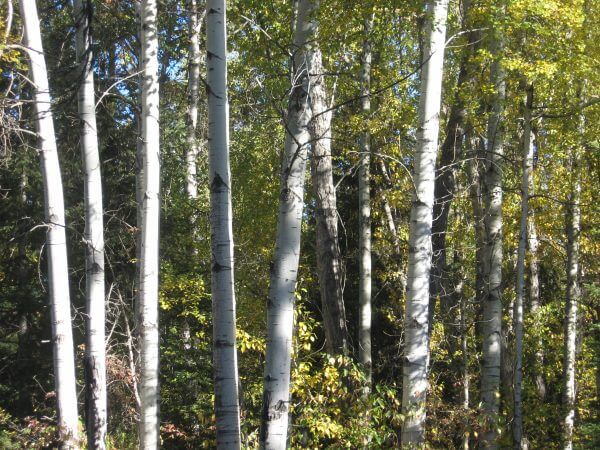 In the first three installments, I was preparing for the big move from San Diego to Montana. Part IV found my husband and I and two young daughters at one of our country’s most breathtaking national parks. Now in Part V, we go to the twenty acres of forested property on which we’d hoped to have a move-in-ready house by the time the girls and I came to Montana. Little did I know that our construction journey would have more bumps than a dirt road in springtime. (Read Part I here, Part II here, and Part III here, and Part IV here.)

Its an unfortunate thing – but Antelope are used to being able to out run everything that scare it… Except a freight train… https://globalnews.ca/news/7495954/disturbing-train-antelope/ Preview Open Almost three months ago, I wrote a little post musing about the damage to some trees in and about the stream by the side of our little rural road, along the route that I take for my daily walks. It’s a delightful setting, a place where I can imagine Ratty and Mole adventuring and Toad decompensating over the smallest things, while Badger wanders around lugubriously trying to pick up all the pieces, sort everyone out, and carry on as normal. I have no doubt Mrs. Tiggy-Winkle’s cottage is in the undergrowth somewhere, and I think I’ve seen Jeremy Fisher sitting on the bank catching flies with his tongue.

So I was somewhat alarmed to see my little paradise disturbed as the trees were being systematically felled, one by one. I posited beavers as the culprits and wrote a short post, asking for feedback and opinions as to what was going on. With a singular (and spiritedly argumentative but ultimately unconvincing) exception, you all agreed with me that the damage was being caused by beavers.

Since then, I’ve had a little trail camera set up at what looked like one active destruction site or another, trying to grab a stealthy photo of the guys at work. No dice. Clearly, these beavers know how to evade the paparazzi. They are the Greta Garbo of beaverdom. All they want is to be left alone. They’ve chewed through the strap holding the camera to the tree trunk. They’ve flung the thing five or six feet in the wrong direction. They’ve unmoored it from whatever was fastening it to the ground, or whatever was propping it up, and carefully placed it face down, times without number.

Calling all Ricochet wildlife (one word) enthusiasts: At some point every day I try and haul myself out of my very comfortable blue reclining armchair (where I can be found far too often during the day, with either a book, or my Kindle, or my knitting for company), and walk a couple of miles, sometimes […]

Here on the Gulf Coast, mockingbirds are everywhere. Listening to them is a way of life for many folks.  I grew up among people who love to gather on a porch or patio to simply relax and observe nature while chatting, sipping on cool drinks, or maybe pretending to read while slumped asleep in a […]

Seriously? Have you not seen this show?  Okay, admittedly, I normally would not have seen it either, since I don’t have TV. (Just a lot of Netflix). And anyway, for me, it’s kind of like watching home movies. (“Oh, look at Kris?! Wasn’t he cute then?”) But this Animal Planet reality show is hugely popular, because […]