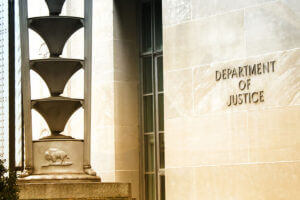 According to President Biden, “terrorism from white supremacy is the most lethal threat to the homeland today,” as he put it in an address to congress. Attorney General Merrick Garland agreed, noting that “racially or ethnically motivated violent extremists” are the most dangerous element of domestic violence. Garland declared that we must “bring federal resources to bear” and “adopt a broader societal response” to the threat of white supremacy.

Their gatherings often attract more attackers than members. No one raises money for their bail when they get in trouble like Kamala Harris did for BLM when their “mostly peaceful” protests produced burning buildings and mass looting.

I was curious why a magazine that formerly championed capitalism was pushing woke clickbait. The (not) surprising answer: Forbes is owned by a Chinese shell company. So maybe they are deliberately undermining American culture, or maybe their absentee owners are pushing woke clickbait as their business model. Which may explain their recent takes on the […]

You there. Yes, you, standing between your pantry and refrigerator. It is time for a “conversation” about race. We’ll start with your food. Open your pantry. Look on the shelf. That one. There.

See that five-pound bag of white granulated sugar? Do you know the racist history of sugar plantations and cultivation in our hemisphere, from Haiti to the southern slaves who were forced to cultivate it?

All the wailing and gnashing of teeth over “whiteness,” “white privilege,” and “white supremacy” in the United States, and the supposed problems “non-white” people has got me wondering – what happens in the parts of the world in which a particular group of “non-white” people dominate the culture and/or the power structures, such as sub-Saharan Africa, Asia, Central and South America. This is probably best answered by someone who has lived in areas other than the United States or Europe.

I am a 65-year-old pale-skinned man of English and German ancestry with blue eyes and a little blond hair remaining on my head. I live in Texas.

(Continued from Part 1 Situation Report) Course of Action (CoA) – What can we do? Preview Open

Alexandra DeSanctis of National Review and Greg Corombos of Radio America discuss the growing discord in Hong Kong, as demonstrators demand their freedom but also fear Chinese intervention. They also discuss  CNN host Chris Cuomo’s rant at a heckler for calling him “Fredo.” And Alexandra unloads on Harvard Prof. Laurence Tribe for alleging that white supremacy and the pro-life movement are intertwined.

We are, as Scott Adams notes, in the middle of a mass public hysteria. To people outside the current mass hysteria, it’s obvious that Donald Trump is not a Russian puppet, that Mike Pence has no desire to electrocute gay teenagers, and … most of all… that racism is not running amok in the country. […]

Want to know how Charlottesville happened? Read this, and ask yourself, could it happen where you live? … in his small town, he had a support network.  Friends and family that could help him out.  Someone who could watch the kids if he had to work overtime.  In Indy, it was daycare and babysitters, which […]

What would an awards show be without a black award recipient taking the time to energize the viewing audience by basking in the collective black identity of being the perennial victim of anti-black racism? Possibly an awards show actually worth watching. Possibly. Preview Open

Danny: Reat of the Meme
Mark A., Dubious Authority · 8 Likes