The media flows with genuine tears over the catastrophic fire at Paris’ Notre Dame Cathedral. Historians would be quick to point out that such awful fires have occurred with dismaying regularity across the centuries. The difference here was the possibility of limiting the damage through modern firefighting equipment, plus the fact that technology allowed the entire world to learn about the tragedy within minutes.

Since Monday’s blaze, commentators across the world are the hailing this remarkable 850-year-old cathedral as a “Treasure of our Western Culture” or “A Landmark of our Western Civilization.” All true, of course. All true. 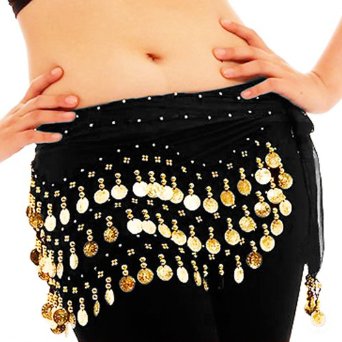 Earlier this month, there was this big dust-up at Salon over white girls who belly dance. To whitesplain for a moment (if palefaces like me are even allowed to whitesplain): for white girls to do a brown girl’s dance is an act of cultural appropriation, and therefore imperialism. More generally, for Westerners to focus on any one aspect of a non-Western culture is to demean the entire culture with our shallow, Westernized understanding.

I have to give the readers of Salon credit: most of them sensibly saw right through this supposed outrage, judging by the comments they left (or humorous responses they wrote). But it did get me thinking a bit about what it is that makes something “exotic”, and why “the exotic” appeals to people, especially Westerners.

Someone That I Used To Know
Keith Lowery · 18 Likes