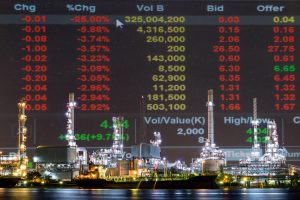 Next week in West Virginia v. Environmental Protection Agency, an epic showdown will take place in the Supreme Court over the scope of the power that the EPA may wield under the Clean Air Act over the emissions of fossil fuels from stationary sources throughout the United States. At the core of this dispute is a 1970 statutory amendment, 42 U.S.C. § 7411(a), which defines the “standard of performance” applicable to all new construction of stationary sources of pollution as

a standard for emissions of air pollutants which reflects the degree of emission limitation achievable through the application of the best system of emission reduction [BSER] which (taking into account the cost of achieving such reduction and any nonair quality health and environmental impact and energy requirements) the Administrator determines has been adequately demonstrated.

On the one side, West Virginia, a state with abundant coal resources, leads a large coalition of Republican states, which argues, in line with historical practice, that BSER refers to the kind of equipment adjustments that can be made to a specific piece of equipment that is a source of emission, which would include filters and scrubbers that reduce the amount of air pollution. That position was incorporated in the 2019 Trump administration Affordable Clean Energy rule (ACE rule), which had retracted the far more expansive Clean Power Plan (CPP) promulgated in 2015 by the Obama administration. CPP had not only effectively imposed equipment changes, but in practice would have resulted in a federally mandated industrywide shift away from coal and other fossil sources to leverage the “already clearly emerging growth in clean energy innovation,” to secure nationwide reductions in greenhouse emissions.

Another Example of Idiocy on the Left
Scott Wilmot · 20 Likes

I’ll Meme Along with You
Mark Alexander · 29 Likes

I wonder how many Americans are starting to put this together?
Dr. Bastiat · 16 Likes

Only President to address the March for Life in Person
Bryan G. Stephens · 14 Likes

I wonder how many Americans are starting to put this together?
The Ricochet Audio Network

Did I post this already?
The Ricochet Audio Network

Another Example of Idiocy on the Left
The Ricochet Audio Network