MY four years were drawing to a close. They had been years of patient endurance and hard and persistent work, interspersed with bright oases of happiness and gladness and joy, as well as weary barren wastes of loneliness, isolation, unhappiness, and melancholy. I believe I have discharged—I know I have tried to do so—every duty faithfully and conscientiously. It had been a sort of bittersweet experience, this experimental life of mine at West Point. It was almost over, and whatever of pure sweetness, whatever of happiness, or whatever reward fortune had in store for me, was soon to become known.—Henry Ossian Flipper, the Colored Cadet at West Point

Henry Ossian Flipper was the first black man to graduate from the United States Military Academy at West Point. He did so on this date in 1877. He had been born a slave twenty-one years before that. He was commissioned a second lieutenant in the Buffalo Soldiers. While he had troubles and faced prejudice, he went on to a long professional career in various capacities with governments and as an engineer. He was also an author, writing his first book the year after graduation while at Fort Sill. 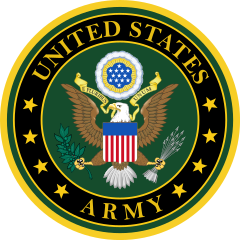 June 14 is both Flag Day and the Army Birthday. 245 years ago, the Army was first authorized by the Continental Congress. See “Celebrating the Flag and the Army” for the details. This year, President Trump issued the annual proclamation and presided over the U.S. Military Academy graduation and commissioning ceremony this Saturday.

President Trump has made a point of presiding over a different service academy’s graduation and commissioning each year. On each prior occasion, he took the time to stand and shake each new officer’s hand as they crossed the podium. No other president has done this, to my knowledge. Unfortunately, the political theater of COVID-19 prevented President Trump looking each of the newest Army officers in the eyes and shaking their hand. He made the best of the limiting circumstances:*

Today’s news has been very tough to take, so much sadness, but I just had a spontaneous laugh and so I thought I’d share. I’m on the HOA Board in my neighborhood and have been encouraging neighbors to pitch in and volunteer on small projects instead of hiring a contractor to save the dues for […]

Over the years, I have spent a considerable amount of time in Greece and in the parts of Turkey that once were Greek. I do not know how many times I have taken a bus down to Laconia and Messenia or driven there, but they are numerous. I have visited the site where ancient Lacedaemon was situated over and over again, and I have also hiked on the slopes of Mt. Taygetus and in Messenia on the western side of the mountain with some frequency. But I never had the sense that I was actually in Sparta until the 29th and 30th of September this year — when I visited West Point and gave a lecture there entitled “The Grand Strategy of Sparta.”

At noon on the 29th, I flew from the Detroit Airport to Newburgh, New York — where George Washington once faced down a near-mutiny on the part of the Continental Army. There I was picked up by a driver and taken to Hudson House in Cold Spring on the eastern shore of the Hudson River. From there, I could see West Point looming in the distance on the western bank of that great stream. Had I not known better, I would have taken it for a prison.

There are some memories we just put away. I’m not talking repressing trauma or avoiding thoughts of personal failure. I just mean that something was a regular, repetitive event in one’s life, that decades after you stop doing it, you just haven’t thought or reminisced about it in ages. Then something happens that brings the […]