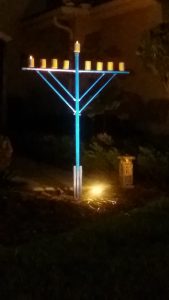 Every month I’ve been leading a group on Zoom to discuss some aspect of Judaism that we all may not know much about. Although some of my research describes familiar practices and beliefs, almost everyone learns something new. This month we discussed Chanukah, which begins very early on the secular calendar on November 28. We reviewed not only the familiar stories, but I realized that everyone, American Jews and non-Jews alike, have opportunities to reframe the way we see our lives during a season that is holy for many. These are the insights that emerged for me.

The Lighting of the Chanukah candles—

Most people probably know that Jews light eight candles, plus the shamash, which is the lead candle. The candles are lit to commemorate the miracle of Chanukah: when the Maccabees liberated the Temple from the Seleucids and restored and cleaned it, they found only one pure cruse of oil remaining. It was enough to burn for one day, but it burned for eight days, until additional oil arrived. To Jews, the miracle was a reminder that G-d was once again with us. The shamash, which is used to light the other candles, serves as the leader in this process. It “lights the way” to remind us of the miracle of the holiday.

With a 125-104 victory over the Memphis Grizzlies in the final game of the NBA regular season, the Golden State Warriors finished the 2015-2016 season 73-9, besting the 72-10 regular season won-loss record set by the Chicago Bulls 20 years ago. So does this singular achievement make the Warriors the best ever? Preview Open

Steve Kerr, coach of the Golden State Warriors, was asked by the press about his line-up for game 4 in the series finals versus the Cleveland Cavaliers the morning of the game. He said the line-up would be just the same as it had been in game 3. When he turned in his line-up card, […]

Can you count suckers?  I say, the future is ours… if you can count! – Cyrus, President of the Gramercy Riffs Preview Open 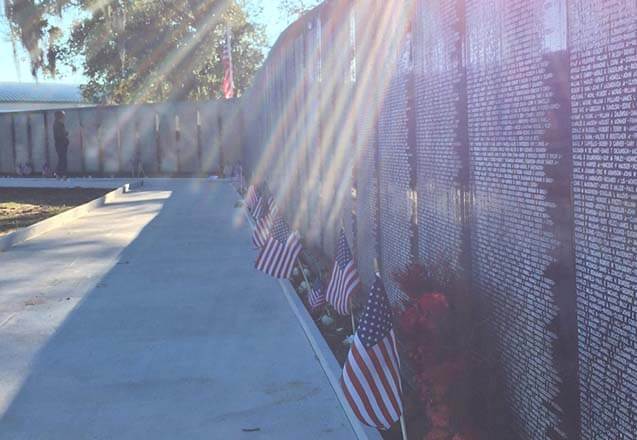 If you watch any amount of TV you will see ads for various charities that raise money to help rehabilitate disabled veterans.  Although I don’t see any TV ads for them, there’s an outfit called Homes For Our Troops that refits homes to make them handicap-accessible and also builds handicap-accessible homes from the ground up.  […]