Thought just came into my head, and while I haven’t thought it out… While the Democrat standard line of the “War On Women” seems to not be as effective, it is still the standard go to line for the wicked witch of San Francisco. Preview Open

The New Republic published an article last August (yeah, I know, but someone just reposted it to Twitter and I didn’t see anything in a quick search of the member feed) called “Why aren’t women advancing in the workplace? Ask a transgender person.” The first couple of paragraphs suggest it was going to be a sloppy […] 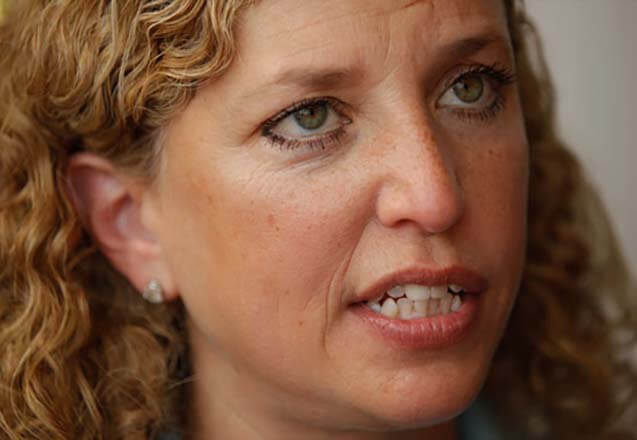 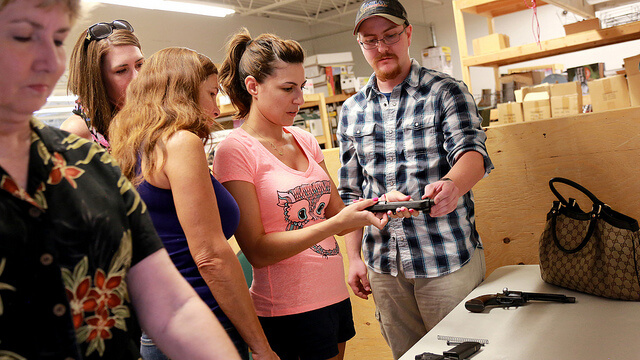 During the 2012 election, the Democratic Party hit on a poweful message: that the GOP is waging a War on Women by — as they tell it — restricting access to contraceptives, condoning workplace discrimination, and showing indifference to rape victims.  These positions are, of course, deeply dishonest: Republicans opposed Democratic efforts to create new subsidies for contraceptives; Democratic claims about income disparity have been repeatedly debunked; and even Todd Akin’s notoriously ham-handed and factually inaccurate comments about rape were intentionally twisted to mean something he very obviously did not say.

Figuring out how to combat this narrative — and, more broadly, how to find ways to make the GOP more appealing to younger, single women who don’t live in deep red states — is not a new discussion on Ricochet.  Stipulating that we don’t want to fall into the trap of fighting the last campaign all over again, it’s an idea we need to combat.

One thing worth sharing this week that couldn’t fit on Twitter was this story from Pakistani-administered Kashmir: “”She said ‘I didn’t do it on purpose. I won’t look again.’ By then I had already thrown the acid. It was her destiny to die this way.”Anusha’s father is reported to have taken his daughter inside, beaten […] 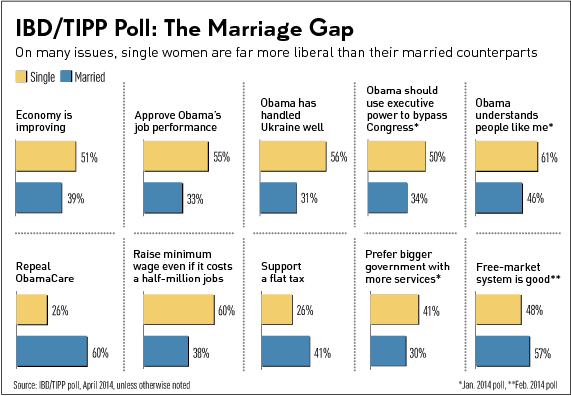 The Democrats Have A Marriage Problem, so says Investor’s Business Daily. Results from their recent poll demonstrate a significant marriage gap for the Dems. They know this, and “[a]ccording to the Washington Post, the Democratic Congressional Campaign Committee is building a huge computer database that will let it predict women’s marital status.”

That married women are generally more conservative than single women is a fact we’ve known for a long time. The problem, however, is that, while the Democrats recognize the difference and use it to their advantage, Republicans can’t seem to do anything with the data other than don sack cloth and sit in ashes. I see an opening where the party sees only a door nailed shut.