The Virginia gubernatorial election is next Tuesday. I lived in Illinois for about 30 years and am very familiar with voter fraud. One problem is the early counting of Republican areas which reveals to Democrats how many votes they need to manufacture. Is it possible to reduce this risk by ensuring all the votes are […]

Apparently, the 2021 Metropolitan Museum of Art’s Costume Institute  Fashion Gala that raises money for the costume industry caused a raucous, which I guess is ok if you are trying to raise money.  With so much crap going on in our government, our country and The World Over (shout out to Raymond Arroyo), I should […]

We attended the Stand Up Virginia Rally Saturday in Centreville near the Bull Run Battlefield. Traffic on I-95 was heavy so we missed part of it but we made several useful contacts for fighting voter fraud. We think that’s a major issue both in Virginia and countrywide. In addition, we heard WMAL’s Chris Plante give an excellent talk. I may be wrong in that I have not heard any articles or statements about an obvious take on the argument of voter fraud in the Presidential Election.  I think we can all agree that there is nothing that the Democratic Party wouldn’t do try and expose Donald Trump as a fool and liar.  If […] The Trump campaign post-election efforts to detect fraud and possibly reverse the election results were doomed to failure. In retrospect, their only hope was to block mail-in voting before it spread.

Democrats learned in 2018 how to use mail-in voting to their advantage. They were dead set on a repeat performance.

The bipartisan Carter-Baker commission had warned back in 2005 that “absentee ballots remain the largest source of potential voter fraud.” Public health officials and election experts broadly agreed that Covid was not a barrier to conducting safe in-person elections. But it didn’t matter.

Let me get right to it. We need a real audit of this election, and that looks nothing like the farce that was just concluded in Georgia, which did not involve any attempt to identify fraudulent votes or verify any of the election records, including something as basic as matching signatures on absentee ballot envelopes […]

My wife Kathleen worked for the Illinois GOP in the first quarter of 2006 investigating voter fraud. She witnessed huge problems with the voting machines. She also saw the technicians working on them were Venezuelans. She sent Sidney Powell this information early this week. We almost fell over when Powell about 44 minutes into Thursday’s […]

A seismic shift was felt at the press conference today by President Trump’s attorneys. The opening statements of “systemic” voter fraud is so far-reaching, including foreign interference, and is way beyond anything that could have been imagined. Trump attorney Sidney Powell stated that “this is our Generation’s 1775”.  https://www.c-span.org/video/?c4924409/user-clip-trump-campaign-news-conference-legal-challenges Preview Open

Most of us remember just 4 short years ago. Much of America, from pollsters and especially to the pundit class and Washington insiders, confidently predicted a win by Hillary Clinton. It was heresy, even mock-worthy, to suggest otherwise.But “otherwise” happened. Much of the left never accepted the results, and the Obama-Biden Administration sicced federal law […]

Georgia Election Fraud: Evidence of Peach State Chicanery During America’s 2020 Presidential Election by Ammo.com’s lead writer, Sam Jacobs, originally appeared in Thought Grenades, the blog on LibertasBella.com. Source links for the claims made can be found in the original post there. Below we explore the details and the data of what happened in Georgia, […]

My wife and I had the honor and pleasure on Election Day as serving as poll watchers at our local precinct (Edgmont Township, 1st Precinct, Delaware County, PA). I’m happy to share our experience. 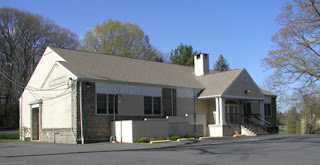 We took the last shift, 5-8 p.m., and stayed around to watch the process after the polls closed.

The usual suspects are outraged over the President’s off-the-cuff suggestion in North Carolina this week that “vote by mail” voters also show up at their polling place on Election Day to make sure their vote is actually counted. Of course, the usual suspects are yelling (literally) that Trump is encouraging people to “vote twice,” which […]

The debate over voter fraud, or the potential for it from increasing reliance on “vote by mail” (where you’re mailed a ballot you didn’t ask for) and “absentee ballots” (where you requested a ballot to be mailed to your home, work, or elsewhere), is highly relevant for the Nov. 3rd election. A couple of reasons […]

“Vote by mail” is the latest mantra from a great many Democrats and even Republicans like US Senator Mitt Romney. House Democrats in May – their contribution to the $3 trillion stimulus bill passed that month – included $3.6 billion to implement vote by mail systems in states. Preview Open

We need immediate administrative and litigation work that spells out the specific, historically documented threat of massive voter fraud and that seeks as a remedy a strict prohibition on issuing ballots to any person or address not validated this year as a live voter address. We simultaneously need to collectively get off our duffs and fight like we have a country to save.  I mean that we, you and I, have to be directly involved in getting every single possible real vote into the right box with the right candidates marked. Whatever the local rule, that is the game you and I must play or shut the federalism up!

As a casual fan of the Ultimate Fighting Championship (UFC), I have heard competent losers, after a bout went to the judges’ scorecard, say “I didn’t finish my opponent. You can never leave it in the judges’ hands.” Politics ain’t bean-ball, and there is no crying in presidential elections. Fight to win or don’t snivel about the results. It is not as if Democrats cheating is a new thing. As Salem Radio host Hugh Hewitt wrote in the summer of July 2004, the election after Al Gore and the Palm Beach Democrats tried to steal the 2000 election, If It’s Not Close, They Can’t Cheat.” The rest of the title? “Crushing the Democrats in Every Election, and Why Your Life Depends on It.” Yes. When your opposition is the party of two steps forward and one step back, of Rules for Radicals and Das Kapital, it actually, no kidding, for real is a matter of physical life and death for many in our lifetimes and of liberty or reeducation camps for many more. Until we reconquer our own nation’s culture, them’s the rules.