Working with many expert national political prognosticators over the years – and having spent time with about 35 congressional and US Senate campaigns in 25 states – my eyes are constantly peeled for signs and wonders of trends that portend results, including upset victories. Conventional wisdom suggests a GOP tsunami this Fall. Past election trends […]

Well, Snowmageddon II will be here soon. Six to 12 inches fall and strand people for a day, government yawns. Now, three days later, we’re projected to get 2 to 4 inches, and Gov. Ralph “Interstate” Northam has declared a state of emergency.

This storm has snarled traffic and stranded motorists (let’s hope not for 24 to 30 hours, Ralph) in Kentucky and Tennessee, and it’s coming here tonight. Just like last time, it will start with rain and a rapid temperature drop. Makes all the road prep work by the Virginia Department of Transportation ineffective.

Fortunately, no one appears to have died. But it was still a disaster and potentially life-threatening for those stranded in vehicles without provisions after a freakish snowstorm that shut down a key section of I-95 in northern Virginia for upwards of 27 hours.

My family descended en masse on Virginia this fall. You see, my cousin had had her first child, and while we missed out on the baby stage (there was this disease; you may have heard of it), the collected aunts were determined to get at this boy while he was still cute. So we converged on Williamsburg, Virginia. While we were there, we stopped to see the sights.

At the Jamestown settlement museum, the group stopped to watch an introductory video history. “You’re a history buff,” they said to me. “You know all this already, but the rest of us would like a chance to catch up.” Despite my prodigious memory for trivia, it had been mumblety years since my high school AP history class, and so I was glad to catch up with the rest of them. One scene in particular described the start of conflict between the Native Americans[1] and the English settlers. The movie was vague as to the question of who started it, blaming cultural misunderstandings. It showed an Indian grabbing the hilt of an unsuspecting Englishman’s sheathed sword. This led to a fight, and the movie went on to describe the war between the settlers and the locals.

Jim & Greg unveil the reasons they are politically thankful in 2021. From the personal to the practical to this very podcast, we are very blessed. Enjoy! And have a very Happy Thanksgiving!

Conservatives were excited by early vote totals from Virginia on Nov. 2. After all, Glenn Youngkin was up 10 points, a 20-point swing from the 2020 presidential election. Then reality intruded, as the lead shrank close to even. Yet, the major networks called the Virginia governor‘s race for Youngkin late Election Day night. The real numbers, just the facts, pointed to the possibility this would be another “Dewey Beats Truman” media failure, a stampede to get the story before the relevant facts were clear.

In the bright noonday sun, on Nov. 3, we saw the Democrats were not closing the gap in any of the three statewide executive races. Terry McAuliffe, almost certainly with detailed information about the uncounted precincts and the party split of the outstanding absentee ballots, conceded, followed by his lieutenant governor and attorney general running mates. Yet, it could have been otherwise, and we should have heard the straight facts late on Election Day evening.

The Virginia Department of Elections is to be commended for transparency and clear presentation of the numbers. The numbers that mattered were the vote difference between candidates, the number of precincts still not reporting, and the difference between number of absentee ballots requested and absentee ballots counted as received by the Department of Elections. Let’s go by the numbers through the state of the election on Nov. 3: 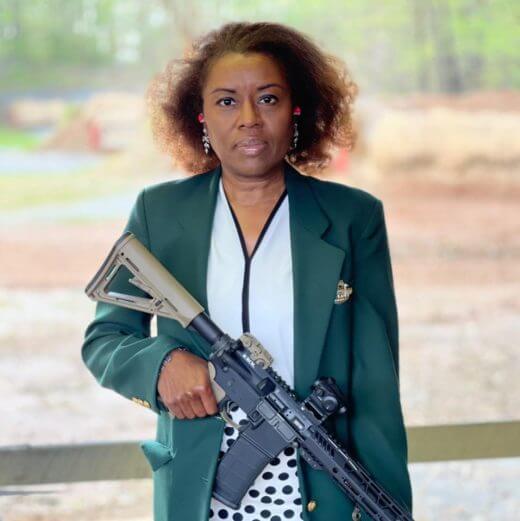 Republicans: Nothing. We like guns, and we don’t care about skin color.

Democrats: Everything. The gun, obviously, but also the fact that a black woman just had an historic win into high office in Virginia as a Republican.