Power Line pointed to an opinion piece at the Hill, comparing news media and their coverage of the 1968 influenza pandemic with media coverage of COVID-19. While the Hill piece provides good factual support for the wildly different coverage, I believe the author gets it wrong in claiming the media personalities then would not weaponize […] 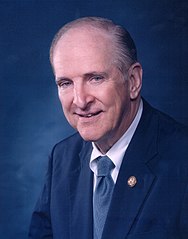 On Friday, 6 December, Col. Charles McGee went flying for his 100th birthday. He actually flew the aircraft, with a copilot, and walked on and off the aircraft firm of voice and stride. Colonel McGee started flying in World War II, then stayed in the cockpit for the next thirty years, seeing combat in both Korea and Vietnam. He holds the US Air Force record, to this day, of 409 combat missions. As we commemorate the 75th anniversaries of D-Day at Normandy and the Battle of the Bulge this year, we note the number of World War II veterans rapidly falling to the far end of the actuarial tables. Accordingly, each one who remains with us, still of firm mind and voice, becomes more of a treasure.

Wednesday afternoon, retired Sergeant Major John Canley became the 300th Marine to be awarded the Congressional Medal of Honor. President Trump presented the award to the 80-year-old Marine, who is still straight of back and clear-voiced, standing tall in his sharp dress uniform. Sergeant Major Canley was belatedly recognized for one especially noteworthy episode in a long career.

Canley, who spent 28 years in the service, left El Dorado, Arkansas, at the age of 15 to join the Marines. [He used his brother’s documents to enlist two years below the youngest recruiting age!]

He was deployed to Vietnam several times from 1965 to 1970 and his efforts saved the lives of many men, earning him the Navy Cross.

As you can see from the below coverage by the New York Times, one year from this Saturday, February 18 is the 50th Anniversary for the release of the first prisoners of war.   Preview Open Yesterday was the 40th anniversary of the Fall of Saigon. I think the Ricochet community would benefit from hearing from any members who may have been in — or offshore of — South Vietnam at the time, whether serving in the American military, employed by other US government agencies, or struggling to escape the communists to begin a new life in the USA. Anyone, for that matter, who was around at the time who would like to talk about it.

I would be greatly appreciative of people’s thoughts on this.  It was clearly a very profound event in the lives of many. PBS is airing a new documentary on the commemoration called the “Last Days in Vietnam.”