James has something he needs to get off his chest and opens the show by taking Toby, as the Americans would say, to the woodshed. As far as James is concerned journalistic curiosity is dead.

Then it’s on to the major news of the day, the UK has become the first nation to give regulatory approval for one of the new Covid-19 vaccinations. Because of fast tracking, this vaccination has seen limited clinical trials. If it all goes wrong who will be held liable?

Join Host Joe Selvaggi and Virologist and Investor Dr. Peter Kolchinsky as they discuss the rapid development, efficacy, and rollout of the newly approved COVID-19 vaccines.

Join Jim and Greg as they welcome disputed reports that the leaders of Saudi Arabia and Israel met in recent days in hopes that the thaw in Middle East tensions is spreading even farther. As the CEO of Qantas Airlines announces all passengers on international flights will eventually need to be vaccinated against COVID to be allowed on board, Jim and Greg discuss why that’s a difficult policy to enforce and whether people will shut out from society if they refuse. And they discuss the Trump legal team parting ways with Sidney Powell just days after their much-discussed press conference. 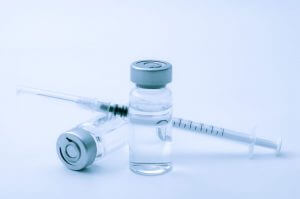 Join Jim and Greg as they welcome the news that Moderna’s new coronavirus vaccine is nearly 95 percent effective. They also look at the Georgia runoffs, hos history is on the GOP’s side, and how the opposition research on Rev. Warnock is now flowing freely. And they react to Georgia Democrats assuming Stacey Abrams will run for governor again in 2022.

Join Jim and Greg as they mark ten years of the 3 Martini Lunch! First they discuss two stories so bad and crazy they’re actually good. They discuss how the Democrats are planning to pack the Supreme Court and act like they had no choice because the GOP Senate filled a seat on the court just before an election. They also hammer New York Gov. Andrew Cuomo for saying the CDC and FDA cannot be trusted to tell the public if a coronavirus vaccine is safe. And they reflect back on a number of highlights from the 3 Martini Lunch over the past decade.

Join Jim and Greg as they cheer what appears to be a major antibody discovery from the University of Pittsburgh that could be a huge asset in the fight against COVID. They also spotlight the “party of science” figures like Kamala Harris and North Carolina U.S. Senate hopeful Cal Cunningham saying they would not trust a COVID vaccine announced prior to the election. And they have fun with Kamala promising what would happen in a “Harris administration” before suddenly remembering she’s not actually the nominee.

Join Jim and Greg as they discuss how the campaign is about to pivot from speculating about Joe Biden’s choice of  running mate to dreading that person becoming president if Biden wins in November. They also highlight Kentucky Democratic Senate hopeful Amy McGrath’s habit of forgetting to pay taxes. And they have more than a few questions as Russia claims to have the first coronavirus vaccine.

This week on Hubwonk, Host Joe Selvaggi is joined by Pioneer’s Bill Smith, Visiting Fellow in Life Sciences, and Dr. Peter Kolchinsky, Harvard-trained virologist, biotech investor and author of the new book, The Great American Drug Deal, to learn how the SARS-CoV2 works, what a vaccine may look like, and how we might produce it to scale.

Join Jim and Greg for three crazy martinis that could easily be all bad.  First, they comment on oil prices plummeting faster than we can keep up with them and discuss why our economy suffers if prices are too low for too long. They also recoil as one vaccine expert says the public should brace for the possibility that it may be very difficult or impossible to develop a coronavirus vaccine – although he is from the WHO. And they hammer New York City Mayor Bill de Blasio for urging New Yorkers to rat on their neighbors for not properly social distancing.