It looks like the trailer from a dystopian Neil Blomkamp movie, but apparently, it’s a real* conceptual project.  A utopian mega-city built in the form of a mirrored wall two football fields wide, 1,500 feet high, and a hundred miles long. A human anthill packed with nine million people living in an area of less […]

“It makes no difference what men think of war, said the judge. War endures. As well ask men what they think of stone. War was always here. Before man was, war waited for him. The ultimate trade awaiting its ultimate practitioner. That is the way it was and will be. That way and not some […] Jim Geraghty of National Review and Greg Corombos of Radio America cheer U.S. Ambassador to the United Nations Nikki Haley for leading another round of sanctions aimed at North Korea in response to another nuclear test.  They also groan as the Democrat running for governor in Virginia implies that voting her him will give kids there a better chance for success and Jim slams any politician who promises that electing them will solve everyone’s problems.  And they discuss Jim Carrey’s on-air castigation of New York Fashion Week as meaningless, leading Jim to reveal tales of how the recent National Review cruise shared the ship with a lot of people connected to this superficial event. I think it’s safe to assume that all of us here agree that Utopia is impossible. Yet each of the two major caucuses here — call them “traditionally conservative” and “libertarian” as a rough shorthand — often view the other as having a suspiciously Utopian intent.

BDB’s recent thread gave me an idea. I thought it would be really helpful if each caucus explained why Utopia is impossible. Accusations of Utopianism seem to be based on misinformed views. So instead of accusing the other of Utopianism, we could explain why we hold that Utopia is not possible. It occurred to me that this could go a long way to helping us understand each other. To my knowledge, we have never discussed this subject, and this may account for why we continue to misunderstand and mistrust each other. Clarity helps to avoid misunderstandings and it also fosters trust. I want to foster trust, and since you are all my compatriots who are acting in good faith, I must do better to be more clear, more trustworthy, and more patient. Actually, I need to do those things anyway, but you’ve helped to provide a motive. :) 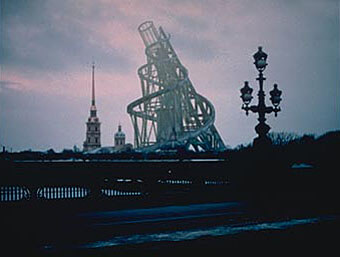 They May Be Coming for You
Susan Quinn · 29 Likes

Where Is The Outrage?!
Columbo · 23 Likes

Quote of the Day: ‘Happy Birthday to You!’
The Ricochet Audio Network

Reading the Classics with Prof. Bates
The Ricochet Audio Network