Luther Abel joins the podcast to tell us why he joined the Navy, and to speculate about why fewer young people are interested in joining the U.S. military these days. 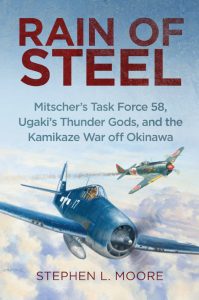 As the war turned against them in World War II, Japan tried a new tactic: the kamikaze. Pilots used their aircraft as one-way bombs against Allied warships and transports.  The campaign started during the invasion of the Philippines in October 1944 and continued until the last day of the war.

In the submarine service we have a saying: “There are two types of ships—submarines and targets.” Well, some of the targets just got harder to detect: https://www.foxnews.com/tech/all-3-navy-zumwalts-now-in-the-water-how-can-a-destroyer-be-stealthy Preview Open

Following up on this thread about the USS Fitzgerald mishap: USS Fitzgerald: The Fort Report I found this excellent presentation by ProPublica breaking down the incident minute by minute: Preview Open Sightline Media is an independent media group (formerly part of Gannett) that focuses on the US military and publishes The Navy Times and her sister publications for the Army, Marines and Air Force. On Monday they published part of the Navy’s internal review of the 2017 incident aboard the USS Fitzgerald that claimed the lives of seven sailors. It is not pretty.

Overseen by Rear Adm. Brian Fort, it describes a ship (and a Navy) in disarray, stretched to the limit by multiple deployments, ill-trained and ill-prepared, low on morale and distrustful of leadership on the bridge. Fort describes finding bottles of urine all over the combat information center as evidently the crews were so bereft of trained personnel that those who knew what they were doing couldn’t even take bathroom breaks.

The Navy sought to bury this report for fear of lawsuits from the families of the dead and injured. It is a four part series and can be read here.

I write a weekly book review for the Daily News of Galveston County. (It is not the biggest daily newspaper in Texas, but it is the oldest.) My review normally appears Wednesdays. When it appears, I post the review here on the following Sunday. Book Review ‘Silver State’ looks at a forgotten veteran By MARK LARDAS Preview […]

I write a weekly book review for the Daily News of Galveston County. (It is not the biggest daily newspaper in Texas, but it is the oldest.) My review normally appears Wednesdays. When it appears, I post the review here on the following Sunday. Book Review Biography offers intimate look at WWII fighter pilot By MARK LARDAS […]

Recorded on December 11, 2017
As the US Navy carries out high-profile missions in the Persian Gulf and off the Korean coast, China’s navy quietly continues its expansion: a maritime silk road stretching across the Indian Ocean to the Gulf of Aden. Admiral Gary Roughead, former US Navy chief of naval operations and Hoover’s Robert and Marion Oster Distinguished Military Fellow, discusses the stakes in the Middle East and Indo-Pacific theatres and assesses the US Navy’s current operational, maintenance, and shipbuilding needs. The United States Pacific Fleet seems to be having a run of bad luck. Or is it? Facing threats from a new wave of potentially hostile submarines, DARPA has launched a self-driving sub detector prototype named Sea Hunter. The 130-foot twin-screw trimaran was designed to be stable in all types of weather and can sail for thousands of miles and for months at a time. The unarmed prototype has a small cabin for a human to operate the vessel if needed, but the final version will not house any crew.

“This is an inflection point,” Deputy U.S. Defense Secretary Robert Work said in an interview, adding he hoped such ships might find a place in the western Pacific in as few as five years. “This is the first time we’ve ever had a totally robotic, trans-oceanic-capable ship.”

It also comes as China’s naval investments, including in its expanding submarine fleet, stoke concern in Washington about the vulnerability of the aircraft carrier battle groups and submarines that remain critical to America’s military superiority in the western Pacific. A close and many-decades friend was in Class 29 of the SEALs and served three tours in Vietnam. He forwarded this from a good friend of his:

“I rarely pull out my dusty old trident, but in this case, here goes. I was a Navy SEAL officer in the 1980s, and this kind of operation (transiting small boats in foreign waters) was our bread and butter. Today, these boats both not only had radar, but multiple GPS devices, including chart plotters that place your boat’s icon right on the chart. The claim by Iran that the USN boats “strayed into Iranian waters” is complete [expletive].

For an open-water transit between nations, the course is studied and planned in advance by the leaders of the Riverine Squadron, with specific attention given to staying wide and clear of any hostile nation’s claimed territorial waters. The boats are given a complete mechanical check before departure, and they have sufficient fuel to accomplish their mission plus extra. If, for some unexplainable and rare circumstance one boat broke down, the other would tow it, that’s why two boats go on these trips and not one! It’s called “self-rescue” and it’s SOP.

Earlier this month, Japan’s Prime Minister once again expressed his thanks for U.S. support following the huge magnitude 9 earthquake near Japan in 2011. However, this time he did it in a very public way, becoming the first sitting Japanese prime minister to visit a U.S. aircraft carrier, the USS RONALD REAGAN, which is now […] When the Saratoga was torpedoed and unable to recover her aircraft, the squadrons that were airborne at the time were directed elsewhere. Some went to the Enterprise and other carriers, but the pilots of VF-5 were directed to Henderson Field, a Marine air base on Guadalcanal. Richardson and some other members of VF-5 remained there for several weeks, flying combat missions during the day and enduring regular bombardment from Japanese warships at night. 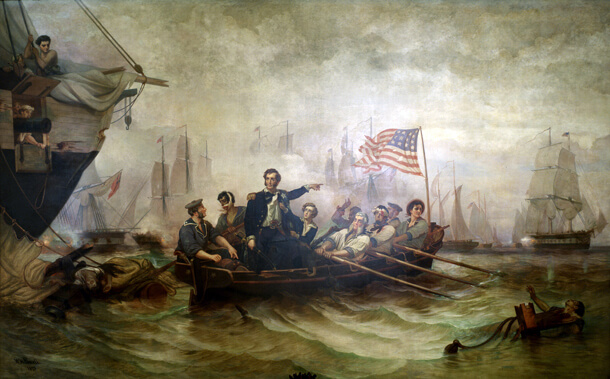