On Nov. 8, 1998, my parents were both killed by a single .22 caliber gunshot wound to the head. My father fired both bullets. At no time did it occur to me to blame the weapon, nor has it since. My father murdered my mother and then turned the weapon on himself, leaving no note or message of any kind. So I guess I have a unique perspective on the topic of guns and “gun control.”

Although my father murdered my mother with a .22 rifle, do you think it matters to me how he did it? More importantly, if you think he wouldn’t have done it without a gun, you know little of human nature.

This post is the third in a series on Prof. Richard Sander and the reaction to his Mismatch theory. You can read Part 1, Part 2, and Part 4 of this series at the links. As I noted in Part 2 of this series, a slew of pro-affirmative-action law scholars wrote critiques of Sander’s work on Mismatch, the theory that if students are less prepared for a particular level of instruction—which occurs almost by design with affirmative action—then, not only do they make worse grades than their peers, they actually learn less than they would have learned if they had attended a less challenging school. All of these critiques, I believe, realized that the first and second regularities that Sander documented were solid. None even attempted to show contradictory data that could overturn them.

This post is the second in a series on Prof. Richard Sander and the reaction to his Mismatch theory. You can read Part 1, Part 3, and Part 4 of this series at the links.

As I noted in Part 1, Sander noticed an overlap with what economist Thomas Sowell called the “mismatch” effect. If students are less prepared for a particular level of instruction—which occurs almost by design with affirmative action—then, not only do they make worse grades than their peers, they actually learn less than they would have learned if they had attended a less challenging school.

This post is the first in a series of four posts on Prof. Richard Sander and the reaction to his Mismatch theory. You can read Part 2 here. Recently, Justice Scalia made the news with some comments about the Supreme Court’s “Fisher” case. Specifically, he noted:

This weekend, Ricochet’s own Tim Groseclose appeared on Fox and Friends to discuss the controversy over the selection of Jane Fonda as one of UCLA’s commencement speakers and the ongoing scandal regarding the university’s attempt to get around California’s prohibitions on affirmative action in higher education (the subject of his most recent book, Cheating: An Insider’s Report on the Use of Race in Admissions at UCLA). Take a look: As the Ricochet editors have been kind enough to note, my new book — the title of which is the headline of this post — was released earlier this week. In it, I describe some of the things I witnessed as a member of UCLA’s faculty oversight committee on admissions — and I also blow the whistle on some illegal activity. Specifically, the fact that UCLA, in violation of California’s Proposition 209, is granting racial preferences to African-Americans and discriminating against Asians.

On Wednesday, Larry Elder devoted two segments of his radio show to the book and an interview with me. Larry wrote the forward for the book and also discussed it in his most recent column:

… [P]erhaps more interesting than the data and statistical analyses is Groseclose’s documentation of the suspicious ways that UCLA faculty and senior officials reacted when he asked for the data. They seemed to know that UCLA was breaking the law, and they resorted to desperate measures to prevent Groseclose and others from seeing the proof. Once Groseclose began to press them, he says, their responses became more and more fanciful. For instance, they claimed that “privacy” was the reason they couldn’t give him the data. But then Groseclose suggested that they redact all names and personal identifiers from the applications. They still refused. Further, if they were so concerned with privacy, why did they give the data to the “independent researcher”?

Yesterday, we told you that Ricochet contributor Tim Groseclose just released a new book: Cheating: An Insider’s Report on the Use of Race in Admissions at UCLA, chronicling the university’s efforts to keep him from investigating whether it was attempting to circumvent California’s ban on affirmative action in college admissions.

Today, we provide you with footage from one of the stops on Professor Groseclose’s media tour. Here’s his appearance from Fox & Friends this morning to promote the book: 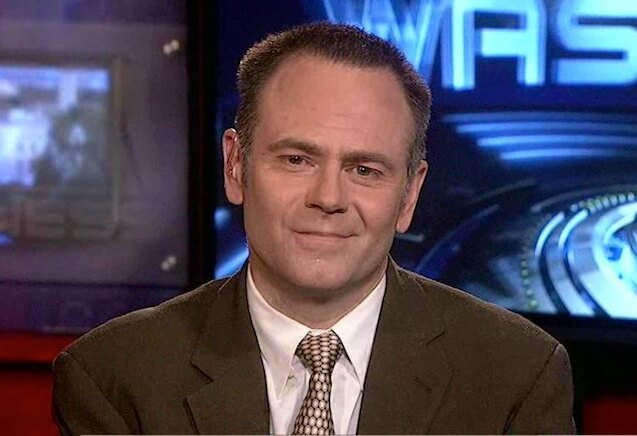 A year and a half ago, UCLA professor  and Ricochet contributor Tim Groseclose told our members that he was convinced that the university was circumventing California’s Proposition 209, a state ballot initiative that prohibits the use of race in university admissions. In that post, he explained how he had been systematically denied access to admissions data that he had hoped to study (despite being a member of the admissions oversight committee — from which he resigned over the dispute) and how the university had steadfastly spun the issue despite mounting evidence that it was violating state law.

During the intervening time, Professor Groseclose has been at work on a book chronicling the scandal, Cheating: An Insider’s Report on the Use of Race in Admissions at UCLA, which has just been released. Ricochet members should pick up a copy (via the link, which runs through Ricochet’s Amazon portal and throws us some change) and tune in to Fox & Friends tomorrow at 7:45 AM Eastern, when Tim will be appearing to promote the book.

Ka-Boom! Governor Saunders says what needs to be said” the Biden Administration is doubling down on Crazy!”
Unsk · 12 Likes