No posts of my mine receive fewer clicks than ones about Canada. I suspect you have long either taken our northern neighbor for granted or perhaps find the world’s second-largest nation (geographically) north of our 5,525-mile border quaint if not dull.

Consider our respective nations’ unofficial mottos. We have long enshrined “life, liberty, and the pursuit of happiness” from our Declaration of Independence. In Canada, it’s “peace, order, and good government.” Our national emblem is the soaring, sharp-eyed bird of prey, the bald eagle; in Canada, it’s the noble, industrious beaver. Since our war for independence, Canada – whose head of state remains the British sovereign – works hard to be different than Americans, despite common heritage, values, and proximity. Really hard.

It took a little longer than usual, but I did manage to get in to the office today. I went out and got some photos this afternoon, which I’m currently processing and I’ll post in the comments. Apologies for the poor quality of the videos. I used my older cameras because they have better battery […]

Regulations made pursuant to the invocation of the Emergencies Act have been published, providing more details on just what Justin Trudeau’s government is up to: First, links to the sources, where the formatting might be easier to read for y’all: Preview Open

Folk have been asking what it really means for Justin Trudeau to invoke the Emergencies Act.  In that vein, I think it would be easier to simply post the full text of the Order In Council that was released last night.  The legalese is not that hard to decipher: Whereas the Governor in Council believes, […]

Last night, Canada’s House of Commons had a 5.5 hour emergency debate on the trucker protest, and the Prime Minister came out of hiding to give us a speech about how the truckers and the conservatives are a bunch of fascist plague-spreaders, pretend to answer a couple of questions, and then scurry off to his […] 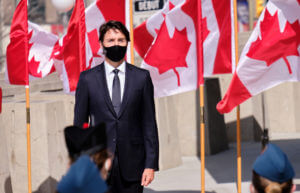 Freedom lovers around the world have cheered on the Canadian truckers who convoyed into the nation’s capital to oppose vaccine mandates. After arrival, they hung around Ottawa, proving a nuisance to nervous politicians and wealthy residents.

Unlike leftist protests in the summer of 2020, truckers haven’t smashed windows, burned down businesses, or assaulted cops and bystanders. Instead, they’ve held cookouts, helped feed the homeless, and fostered a happy party atmosphere.

Their demands are limited and simple. They want the Liberal Canadian government to end the vaccine mandate on truckers, a common-sense request for essential workers spending 99 percent of their workdays alone in a cab. PM Justin Trudeau and his bureaucracy could have ended this long before the convoy reached Ottawa by agreeing to their sensible position.

My boss is not in town today, so I might go out at lunch to grab some fresh photos. In the meantime, here’s an update from an email newsletter to which I subscribe: Preview Open

One of the posts I wrote that got the widest circulation was on what actually matters in a crisis. Instapundit and even Ace of Spades picked it up. Back then, people were really worried about the pandemic, other issues tended to fade into the background. All that mattered was surviving the virus, and our response to the virus.

Pretty rapidly, we were introduced to the concept of the “Essential Worker.” The Essential Worker had to be at work, no matter what. Critical infrastructure workers, health care workers, food supply chain including grocery stores, delivery drivers, and first responders. I was a second-tier essential worker, as I was around to support people researching the virus. There was a lot of gratitude for essential workers back then, when you could say “We’re all in this together” and get determined nods rather than eyerolls.

The next sitting of Canada’s House of Commons starts tomorrow, so I’m back in my Ottawa office today trying to tidy up the place before the bosses roll in to town.  I went out for a walk after lunch so here are your Ricochet Exclusive photos for Day 4 of the Trucker Rally. I’ll provide […]

Canadian writer Julius Ruechel lays it out extremely well in this thoughtful piece on why Canadian truckers are on the march.:  Choices have consequences. Preview Open