Friends, if you’re looking for conservative cultural criticism, I’m your huckleberry, especially this week. To begin with the burning problem of burning down cities, here’s my op-ed today at Law & Liberty, hot off the presses, about how Senator Tom Cotton turned the weapons of liberalism against the liberals in his New York Times op-ed. I explain the terrible things liberalism has done to black Americans and why the lie of systemic racism is necessary to the seemingly moderate elite liberals as it is to the obviously mad Progressive activists.

As a companion piece, here’s my debut in the American edition of the Spectator yesterday: I remind America of black conservatism–focusing on family, community, work, and justice through legal action — not just because liberals have silenced the inconvenient voices of American treasures like Denzel Washington, but because young conservatives need him as much as young black men do.

Radical Chic is now on its 50th anniversary and, lo and behold, America is again enjoying the horrors of race riots mixed with the rare delight of elites applauding violence against people other than themselves, acting as though the lives ruined or snuffed out don’t even matter. What wonders Enlightenment bestows on us sometimes! What cruelty is born of softness and sentimentality–and who better to reveal this ugliness hiding in glamour than Tom Wolfe! My editors at Modern Age and I didn’t time things, but my new essay on Tom Wolfe as the true educator of anti-liberal elites is now out, and I invite you to read it and share it, along with my other essays on our last great wit:

I’m here for the conversation and I recommend as your local essayist-about-town that you fix yourself a drink. I’ve written to our own dear @peterrobinson–perhaps I’ll be on the flagship podcast to talk about Wolfe. So I hope this is a more pleasant and more insightful way of dealing with the madness of our times. If we are to have madness, let us also have wit.

Our own Flagg Taylor joins me on the podcast this week for a discussion of Never Let Me Go, from the novel by Nobel Laureate Kazuo Ishiguro. Flagg assigned the novel in a class on dystopias this semester and so we talked about how Ishiguro’s story compares with other famous dystopias, what it has to say about our society, and how it dramatizes the emergence of soul in love, art, and care-giving, even in the face of a dehumanizing scientific tyranny. It’s a fine movie and I can confirm it is as beautiful on a second viewing, so well told that when once you know the big surprise, it touches your heart even more. Listen to our conversation, comment, and share, friends! As always, please subscribe to and review/rate us on iTunes. Nobody in academia had ever witnessed or even heard of a performance like this before. In just five years, 1953– 57, a University of Pennsylvania graduate student— a student, in his twenties— had taken over an entire field of study, linguistics, and stood it on its head and hardened it from a spongy so-called social […]

Mr. Tom Wolfe accompanied his first novel, The bonfire of the vanities, with a manifesto, Stalking the billion-footed beast. (Available in pdf here.) This is an unusual thing to do in a novelist, inasmuch as he wishes people to read the work rather than consider it as part of the social life of the country. […]

The troublesome Oscars monologue, the least important, most perfunctory part of the show–the leave your coats & pay your tickets part of the spectacle–the unpleasant prelude to celebrity worship–the strange, embarrassing attempt on the part of the Academy to be part of the popular culture–well, this year it had uncharacteristic bite to it, & is […]

The talk about radical chic got me thinking about Radical chic. Let’s talk about a bit about this perpetual & restless desire for power after power that ceaseth only in death. Mr. Wolfe is famously the last American novelist. This is because he brings the revelation of status seeking; that’s an ugly phrase, but that’s what you […] If you are an admirer of Tom Wolfe, you will find much to enjoy in Michael Lewis’s new Vanity Fair profile of the Man in the White Suit.

Back in 2013, the New York Public Library paid $2.15 million to acquire Wolfe’s archive — including more than 10,000 letters, 100 linear feet of manuscript drafts, and, according to the New York Times, “outlines and research materials for his four novels and 12 other books as well as his uncollected journalism.”

In February, library officials announced that the 200-box collection had been analyzed and indexed and was ready for researchers to dive in. That’s just what Lewis did. It seems like he had a blast. What happens at the University of Minnesota — in this case, an “affirmative consent” policy for sex — doesn’t always stay in Minnesota:

The proposed policy is currently under review for another 30 days before it becomes official. Its language is fairly standard, which leads me to believe that it will suffer from the same problems as other “Yes Means Yes” policies:

If you stare into the abyss long enough, Mr. Jenner will start staring back at you. The male patriarchal structure of oppression is as old as history, & probably older. Some have the gall to call it civilization. It goes back to the story of Pericles lifting his famous funeral speech from a woman–while starting his […] 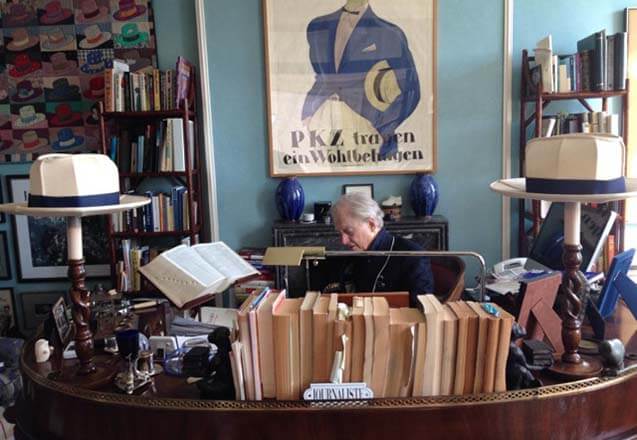 On the website of Harvard’s Nieman Foundation (yes, I know, but we take good material where we can find it) there’s a fascinating interview with Tom Wolfe about his classic 1970 article, “Radical Chic.” The story of a party Leonard Bernstein threw for a bunch of rich liberals on the Upper West Side at which the guests of honor were Black Panthers, “Radical Chic” may be both one of the must gorgeously written and completely devastating pieces of work of the twentieth century.

In the interview, the questions and answers appear in the text, questions in blue, Wolfe’s answers in red, in the form of extended annotations. A truly great writer at work. An excerpt: