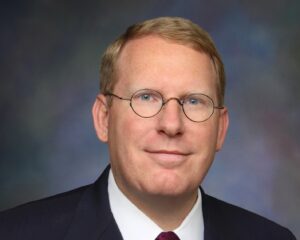 On this episode of Take Back Our Schools, Beth and Andrew speak with Bob Eitel about the Biden administration’s proposed changes to Title IX rules. Bob explains how the Obama administration manipulated Title IX to erode due process in favor of kangaroo courts and secret inquiries. He discusses how the Trump administration under Secretary Betsy DeVos reversed the Obama changes, and how the newly proposed Biden rules not only threaten free speech and academic freedom, but trample parental rights and have the potential to destroy girl’s and women’s sports at the university and K-12 level. Bob also shares his view that Title IX is being used to usher in radical gender ideology and is effectively a backdoor to fundamental cultural change.

Bob Eitel is a co-founder and president of Defense of Freedom Institute for Policy Studies (DFI), a non-profit, non-partisan organization that is fighting to reduce the power of the federal government and the influence of government sector unions in education and workforce policy and to defend the civil and constitutional rights of all Americans in the classroom and the workplace. Bob previously served as Senior Counselor to Secretary of Education Betsy DeVos from 2017 through 2020 where he supervised the implementation of the Secretary’s regulatory agenda and was an architect of the Secretary’s reforms concerning Title IX and the Higher Education Act.

Additional information about the proposed Title IX rules can be found on DFI’s website (https://dfipolicy.org/titleix/). Concerned Americans can submit a comment about Title IX to the Department of Education through either www.dfipolicy.org or https://protecttitle9.org. 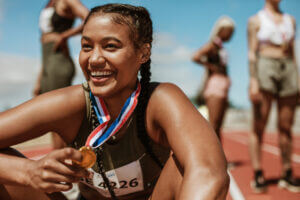 On June 23, 1972, Congress passed Title IX of the Civil Rights Act, which over the past fifty years transformed the world of intercollegiate sports. Its basic command reads:

Title IX has grown mightily since it was enacted. It is backed by detailed federal regulations, coupled with an exhaustive manual from the Department of Justice’s Civil Rights Division, both intended to prevent any backsliding by colleges and universities that receive any federal aid for any part of their operations. Except for a handful of holdouts, every major educational institution takes federal funds, so Title IX has had an enormous impact on college sports.

And yet Lindsay Crouse, a well-known retired actress, has just written a lengthy cri de coeur essay in the New York Times: “We Can Do Better Than Title IX.” Her impassioned thesis comes in two parts. The first praises Title IX for its success. The second denounces American culture because it has not followed through on Title IX’s promise of letting American girls “enjoy the same opportunities in school sports as boys.”

Greg and guest host Alexandra DeSanctis Marr cheer a unanimous Supreme Court decision that says faith-based adoption agencies can limit their clients to traditionally married couples and that government must work with them. They also call out Illinois Sen. Dick Durbin for comparing those who want to kill the filibuster with the heroes of D-Day. And they react to the Biden administration issuing guidance declaring that Title IX protections against sex discrimination apply to sexual orientation and gender identity issues as well.

There is a problem with the republican form of government.  Legislatures write laws, and the executive enforces them.  The judiciary mediates disputes between the branches and also between the citizens and the executive branch.  In theory this keeps due process of law alive.  In recent years the reverse is true. Preview Open

Christiana Holcomb, legal counsel at Alliance Defending Freedom, joins Teri to talk about ADF’s lawsuit in Connecticut that seeks to ban biological males from competing in girls’ sports, Idaho’s Fairness in Women’s Sports Act and the many religious freedom challenges during COVID-19.

After seven years in the higher-ed administration industry, during which I largely dealt with “Title IX” issues, and having largely shepherded my own kids through college unscathed, I now have nieces and nephews on their way into the Octagon that is college life today. I doubt I’ll have a chance to tell them what they need to know, but I might be able to tell their parents.

I want to write something that explains to them what is happening on campuses today, the dangers it poses to their kids, and what they can do to make themselves safe. I’d start with four suppositions: It’s about time. Betsy DeVos, Secretary of the Department of Education, is pushing back on the shameful 2011 “Dear Colleague” letter that was sent to college campuses to intimidate them into misusing Title IX.

The principal objective of Title IX was to avoid the use of federal money to support sex discrimination in education programs and to provide individual citizens effective protection against those practices. In the case of sexual abuse on college campuses, particularly accusations of rape, the regulation has been poorly applied to possible victims and the accused alike. Secretary DeVos’s actions have been both praised and condemned.

The exploitation of this regulation was especially egregious during the Obama administration. The infamous “Dear Colleague” letter was designed to intimidate the colleges into compromising the adjudication of sexual assault cases: Major miscarriages of justice often stem from unsound judicial and administrative procedures. Consider the story of Grant Neal, a student on an athletic scholarship at Colorado State University–Pueblo. Neal was suspended for sexual assault after he had consensual sexual intercourse with an unnamed woman. He has now filed suit to challenge that suspension, both against the CSU–Pueblo and the United States Department of Education and its Office for Civil Rights. The Office of the Independent Counsel was created post-Watergate to investigate executive branch wrongdoing. The Democrat-majority Congress reasoned that the DOJ would not be able to effectively investigate its colleagues and bosses. Republicans objected to the independent counsel statute for decades, both on separation-of-powers grounds, and because it was used as a political tool to harass Republican presidential administrations. But it wasn’t until Democrats’ own ox was gored, during the Clinton administration in the form of Kenneth Starr, that Democrats realized what they had wrought. The statute was allowed to expire quietly in 1999 with bipartisan agreement.

I thought of this history as I read Laura Kipnis’s account of Northwestern University’s own independent investigation of her conduct. Kipnis, a liberal professor at the university, has dedicated her career to feminist causes. However, after she recently wrote about her concerns regarding new university policies on sexual relations between professors and students, she became the focus of protests by feminist students. At first, she brushed off the protests. “I’d argued that the new codes infantilized students while vastly increasing the power of university administrators over all our lives, and and here were students demanding to be protected by university higher-ups from the affront of someone’s ideas, which seemed to prove my point.”

Via the Washington Post: “The Virginia Military Institute has agreed to allow pregnant or parenting cadets to remain enrolled, reversing a policy that had required them to leave the public college, federal officials announced Friday. Preview Open 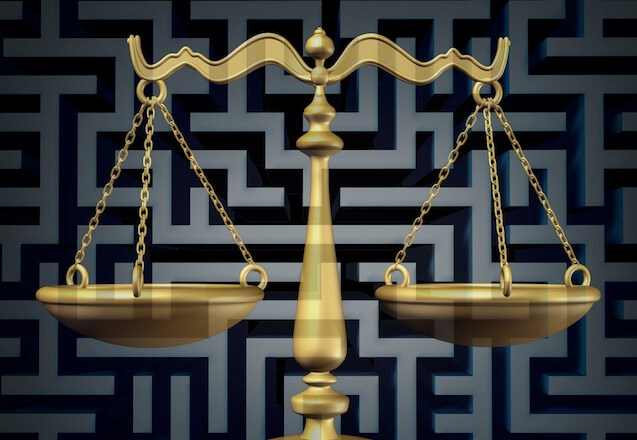 Be sure to read FIRE Vice President Robert Shibley’s excellent piece today at WGBH.com on the ongoing battle over how colleges and universities handle allegations of sexual harassment and assault. As I reported yesterday, the White House unveiled its first official task force report (PDF), to both acclaim and criticism. Overshadowed by the White House announcement, however, is the news that Tufts University is pushing back against its treatment by the Department of Education’s Office of Civil Rights. As Shibley explains:

One of the first questions many people ask on this issue is, “Why are colleges holding rape trials anyway?” Good question. They do so because they are required to under Title IX, the 1972 federal law banning sex discrimination in educational programs. But don’t bother looking at the text of Title IX, which makes no mention of rape hearings at all. The requirement instead comes from mountains of federal regulations and piecemeal statutes that hold colleges to standards that are nearly impossible to meet or even comprehend. 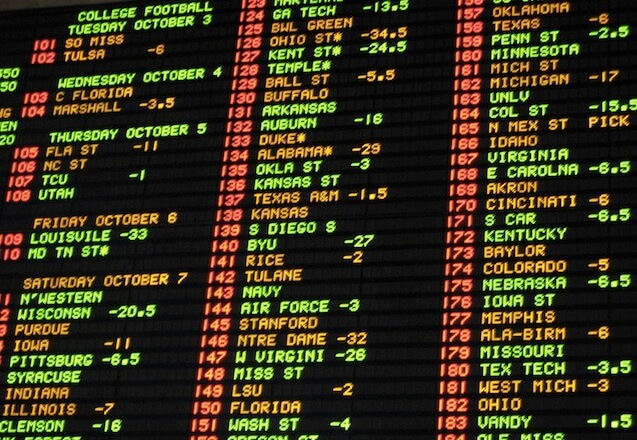