Join Jim and Greg as they welcome a get-tough approach on China. They applaud Wisconsin Rep. Mike Gallagher warning Americans to get rid of the TikTok app because it’s basically a data harvesting tool of the Chinese Communist Party. They also groan as twice as many Americans described the economy in negative terms, 65 percent said the economy is headed in the wrong direction, and more than half expect it to get worse in 2023. Finally, they slam ABC’s Martha Raddatz for accusing Republicans of creating the border crisis by slamming President Biden’s policies – instead of the open border policies themselves. 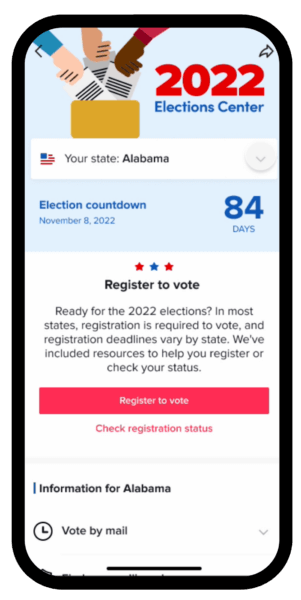 President of the United States Joe Biden has arranged for that sterling cyber-citizen TikTok (wholly owned subsidiary of the Chinese Communist Party) to partner with Biden’s Federal Voting Assistance Program to ensure the bestest election integrity ever experienced outside of mainland China. Quite the turnabout from when that bad, old Orange Man banned federal agencies from doing business with this sterling enterprise. I mean, they are Big Tech, after all, and nothing says integrity like Big Tech. Throw in the CCP angle and we can be certain that their diligently collected data on every man, woman, and child will be fully leveraged in this great endeavor.

Now, I know some of you Orange Man drones will scoff just like those irresponsible rascals at Gateway Pundit, but soon you will be brought to a more correct understanding of things. That is why TikTok is America’s new arbiter of what is and isn’t election disinformation. What could possibly go wrong?

Federalist culture editor Emily Jashinsky joins Jack for an extended disqusition on how bad TikTok is, and what to do about it. They also make fun of Zoomers (who deserve it).

Ignoring the Democratic National Convention — like everyone else is anyway — Jack invites his National Review colleague Jimmy Quinn to explain what TikTok is and why it’s worrisome, and to ponder the extent of Chinese Communist Party influence on American college campuses.