This bit of Sowell food really hits the problem we are facing today: confusing thinking with feeling. That is what is behind so many of the outrage storms today. Don’t like a bill banning the sexual grooming of kindergarteners through second-grade students? Frame it as “Don’t Say Gay” and get everyone feeling badly about it. Mad at Putin? Ban Russian breeds at cat shows. (That surely deserves a prize for peak feelz.) Upset at inflation? Blame greedy corporations. Go for the emotional appeal.

From Richard Mitchell’s The Gift of Fire, Chapter Three, “The Land of We All.” ONE OF THE FIRST FACTS about thinking seems too obvious to be worth mentioning, but, it isn’t always obvious, and we often behave as though it weren’t a fact. Only a person can think. I don’t mean by that to point […]

“If you make people think they’re thinking, they’ll love you; But if you really make them think, they’ll hate you.” — Don Marquis

Today is the 142nd anniversary of Don Marquis’ birth. How are you celebrating? Perhaps a bit of Archy and Mehitabel? Perhaps the Old Soak? Gutenberg has a few of his works.

A classic leftist slogan, and not even the most harmful. (Not sure which is, but ‘my body, my choice’ springs to mind.) Still, it leads to obvious problems. Let’s try a test syllogism, shall we?

There are three problems with that syllogism. One, the initial premise is just wrong. The Soviet state can rob itself blind, thank you very much. Two, it doesn’t follow that even though Jerry is a Kulak he’s one of the ones causing trouble. And three, what are you doing hanging around with a Kulak to begin with? Do you want to get sent to the camps?

Jim Geraghty of National Review and Greg Corombos of Radio America are glad to see Americans more optimistic about the nation’s direction than they have for a long time.  ‘Morning Joe’ co-host Mika Brzezinski is worried that Pres. Trump is trying to control what people think because that’s her job.  And they discuss MSNBC’s Katy Tur having no idea what a GOP congressman was talking about when he said Pres. Obama promised greater flexibility with Russia once his re-election was over.

Richard Feynman was a theoretical physicist who taught at Cornell University, but he also was a just plain scientist. He had a thought on theory. Preview Open 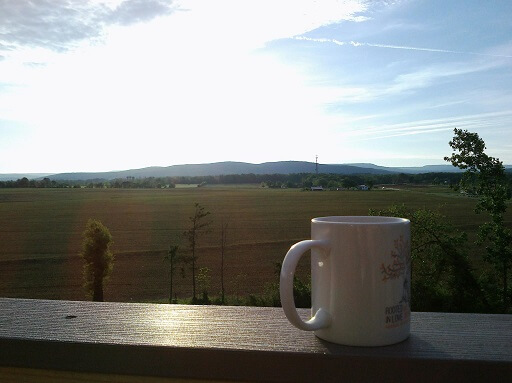 Do you have a spot, a special place where you find that you do your best thinking? I find that there are places I inhabit with some frequency that are not conducive to reflective thinking, and others that, for whatever reason, allow a freer exercise of cognitive activity.

For instance, the idea for this post came while I was outside on the riding lawnmower, cutting away at the spring grass.