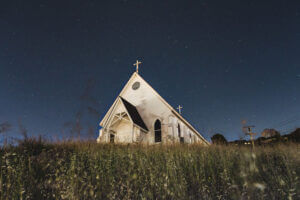 I recognize that not all of the folks who read my posts are on my worldview-page. That’s good. I want my posts to set a plow blade in fallow ground; even if I lose that person, maybe they’ll remember what made them quit. That said, there have been some encouraging signs lately … a few new readers and a couple of likes. Maybe I’ll stick it out.

Any-hoo, I’ve become a Tozer junkie … A. W. Tozer, that is. Direct, to the point, never pulled any punches, called things out as he saw them, and did so with plenty of love, humility, and wisdom. He’s my kind of guy.

Don’t hit me with subtleties please; I will either miss them or put you on the hotseat, pummeling you with a litany of clarifying questions until I wear you down … and you explain yourself, providing a full disclosure (or, in many cases, a confession) of your true agenda. In Father Robert Barron’s popular reflection on Lent, he refers to St Thomas Aquinas in proposing that everything we possess is given to us by God so that we may give it to others.  It is true that we are called to share all that God gives us. Sometimes that involves inviting others to join […]

Our Lives, Our Fortunes, Our Sacred Honor
Jim George · 23 Likes

Quote of the Day: The Constitution
Seawriter · 15 Likes

Proud 100 Year Old WWII Marine Veteran Mourns “This is Not The Country We Fought For.”
The Ricochet Audio Network

Our Lives, Our Fortunes, Our Sacred Honor
The Ricochet Audio Network

Are You Fighting For Liberty Too?
The Ricochet Audio Network