No shortage of ink spilled across newsrooms to explain Tuesday’s merciless dethroning of Liz Cheney as the GOP nominee for the Cowboy State’s lone congressional seat.

A few years ago, and I can’t remember the occasion, long having deleted my personal Twitter account, I suggested on that social medium that he was less than fair in his analysis of a particular political campaign. I mentioned that he once worked for Virginia’s (then) most liberal governor, Democrat Henry Howell (who was right about Dominion Energy, by the way).

I recently warned you to ignore public opinion polling this week in Virginia’s hotly contested gubernatorial election between first-time GOP candidate Glenn Youngkin and former Democratic Gov. Terry McAuliffe. I feared that Democrats and their media allies, likely the Washington Post/ABC polling outfit, would engineer a poll designed to suppress the GOP vote as they did in […]

I’m not quite sure what to make of the new signs that began popping up in the state of Virginia on Monday morning.

Earlier today, The Virginia Project, a group whose mission it is to build a 21st Century Virginia GOP, posted photos of new signs purportedly from the campaign of gubernatorial candidate Terry McAuliffe, that say: “Keep Parents Out of Classrooms; Vote McAuliffe; Keep Virginia Blue.”

Click on your favorite internet search engine (mine is duckduckgo.com) and type in “polling failures.” You might be surprised just how many writers, bloggers, and election analysts criticized the quality of political polling both in 2016 and 2020. “The Worst Polling Failure in American History.” Preview Open

Having spent a quarter-century working in, or with, dozens of congressional campaigns, I consider myself pretty plugged in and reasonably well connected in politics. But even I was surprised on Tuesday morning while listening to the first hour of the estimable Hugh Hewitt’s national radio show. The Democratic candidate for Governor of Virginia, Terry “The […]

The Virginia gubernatorial race was once Terry McAuliffe’s to lose. But a series of gaffes has voters rethinking their support for the former Democrat governor. His most egregious remark came during a late September debate with his Republican challenger Glenn Youngkin when he said, “I don’t think parents should be telling schools what they should teach.” […]

Gov. Terry McAuliffe, meet Andrea Weiskopf. You said several times during your WAVY-TV Roundtable yesterday (Oct. 7th) that Critical Race Theory “is not taught in Virginia” and has never been taught in Virginia. Journalist Anita Blanton asked you three times to define CRT. You refused and instead reflexively and wrongly repeated that it doesn’t matter […]

It should have been no surprise that Senate GOP leader Mitch McConnell expertly timed a proposal late Wednesday – after the “markets” closed, and more about that later – to go along with a temporary, conditional “deal” to extend our government’s debt limit until December, including a “price tag” just south of $500 billion. Senate […]

Despite the “best” efforts of the Democrats’ retread gubernatorial candidate, New York native, Bill Clinton bag man, and corrupt Terry McAuliffe, Glenn Youngkin stayed focused on Virginia and won the second and last debate. On education, job creation, and comparison to other states, Yougkin scored. And that was no small challenge. Climatista and never-Trumper Chuck Todd of […] 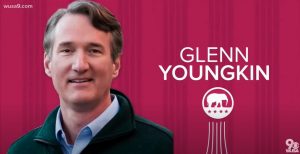 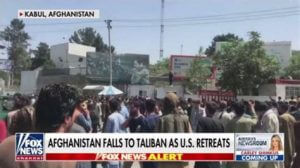 Eight months ago my wife and I finally closed on the sale of our wonderful home on a nice acreage in the western Philadelphia suburbs, downsizing, close to where we began our marriage some 37 years ago to south Arlington, Virginia. It’s less than a mile from the townhouse we bought in 1985. And another bonus: we love living right on top of Civil War history.

For those of you who have cycled through (or, still live) in the Washington, DC area, especially northern Virginia, it’s considered a right of passage to live in historic Fairlington Villages. America’s largest apartment complex at the time was hurriedly built during World War II to accommodate military officers being cycled through the Pentagon for training.