I’m going to pick on Transportation Secretary Pete Buttigieg since his “parental leave” during a period of tremendous challenges to the United States transportation systems has recently brought up his claim to being a parent.

We know virtually nothing about the two babies Pete Buttigieg and Chasten Glezman “brought home” in August. Where did they come from? How were they created? Did Mr. Buttigieg and Mr. Glezman procure one or two women with wombs in which to grow babies for their own pleasure? If you think I’m a conspiracy theorist, then please point me to specific information that the actions of Mr. Buttigieg Mr. Glezman are something other than selfish actions by privileged men.

Katy Faust is co-author of the new book, “Them Before Us: Why We Need a Global Children’s Rights Movement,” and director of the non-profit Them Before Us. She joins Culture Editor Emily Jashinsky to explain why adult desires often take priority over children’s rights.

Back in the 1970s, our culture embraced the idea that freedom includes the ability to divorce (ie, reject) a child’s other parent without cause. This is also known as “no fault divorce.” It is commonly viewed as expansion of liberty. It is very common for divorced adults to behave as is if they no longer […] Last week, the Indian government announced that it would ban foreigners from obtaining babies through surrogacy in India, though they will still allow Indian citizens to do so. This comes just a few years year after the country restricted surrogacy to male/female couples who had been married for at least two years. India’s legislators should be applauded for recognizing that baby production is an ethical minefield that has not received the scrutiny it deserves. Hopefully, they will soon recognize the ethical problems on the domestic front as well.

Poor Indian women and the children they gestate have been exploited by this baby-selling “industry” long enough. Women are sent away from their families during their pregnancies so that their diet and activities can be controlled. They are encouraged to bring one of their own children with them so that they will not be as lonely and can better deal with the emotionally wrenching experience of having a baby and giving the child away, something few repeat. And of course, women put their lives at risk to do this. The women are poor and they need the money, but there are ethical and unethical ways to obtain money. We all feel empathy for childless couples who want children, but we need to think about where that empathy leads. Do we believe that all adults have a “right” to a child? Don’t children have a right to know their parents if at all possible?

Unfortunately surrogacy and egg and sperm donation are something of a wild west here in the US. Laws vary from state to state but, in the states where it is legal, companies typically appeal to young women’s sense of altruism to convince them to donate eggs or become surrogates, downplaying the deeply negative factors. Women who donate eggs are pumped full of hormones that cause multiple eggs to mature  at once, leading to severe medical problems, including cancer and infertility, for some. Many testify that they were not adequately informed of the risks at the outset, and received no compensation for their ongoing medical problems. Many are haunted for years by the knowledge that they will never know their own children. What seemed like a charitable act becomes an ongoing nightmare. 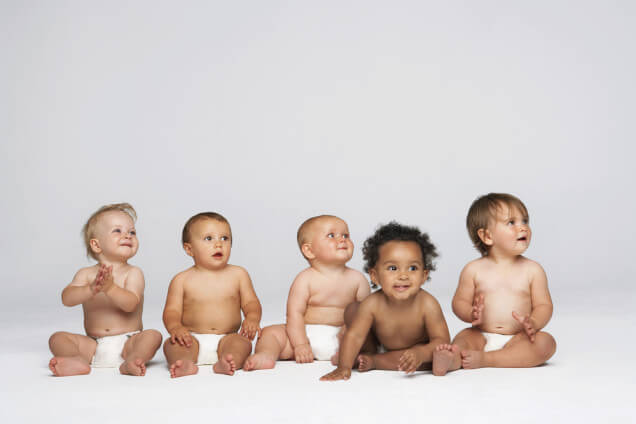 Just the Kind of Infusion We Need
Susan Quinn · 18 Likes

THE FLESH AND THE SPIRIT
Ole Summers · 16 Likes