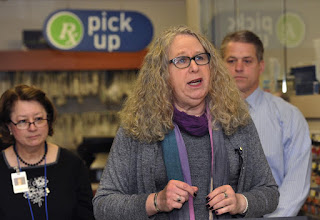 Since President Trump and First Lady Melania Trump now have some level of natural immunity, having experienced a bout of the Chinese virus, it fell to Vice President Pence and Second Lady Karen Pence to lead the nation in the Warp Speed vaccination program. They did so, in a public event, a ceremony of sorts, […]