Neither my husband nor I served in the military, but our middle child has wanted to do his part since he was small. He was a swimmer in high school; once he settled on Navy, aiming for rescue swimmer sounded sensible.

At some point in boot camp, he figured out “rescue swimmer” sometimes means “Somalian pirate shooter.” The kid is more of a hug-it-out kind of guy, so he asked for something else and got Machinist’s Mate on a submarine.

Here’s a cool video that brought back memories.  It’s a first-person view of a guy visiting a US nuke sub: https://www.youtube.com/watch?v=RXXMJAU6vY8 Preview Open 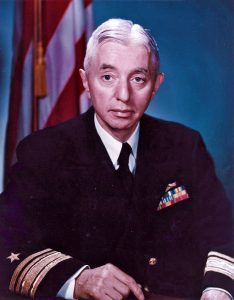 “One can delegate authority; one cannot delegate responsibility.” Pithy, succinct; that’s the man who’s long been called “the father of the nuclear Navy.” The Rickover quote is from a taciturn genius with a brutally effective management style and a cold, nasty streak. You could compare him with Steve Jobs; he didn’t invent the technology that he’d forever be associated with, but his incredibly strict standards made a successful final product possible. Creating an atomic submarine wasn’t a simple process.

Using the waste heat of atomic decay to power submarines was a known possibility even 15 years earlier. In fact, it was the only one of the US’s WWII atomic research programs that the Nazis found out about. There was no possibility of putting a seagoing reactor to work during that war, and the immediate political climate in the first couple of years after the war didn’t encourage expensive experiments. But by 1950, the quest for a suitable power reactor was in full swing.

America had every reason to be proud of its engineers. And of Walt Disney, who followed the real Nautilus closely with the fictional Jules Verne version on screen, Twenty Thousand Leagues Under the Sea.

I see that this year marks the 60th anniversary of “The Sound of Music” as a Broadway play.  If you’ve seen the 1965 move that was based on this play…and who hasn’t?…you’ll remember Captain von Trapp.  The real Captain’s real-life children were not thrilled with the way he was portrayed in the movie–according to them, he was by no means that rigid disciplinarian who summoned the children with a bosun’s whistle and required them to line up in military formation.  (The bosun’s whistle was real, but only for communication purposes on the large estate…no lining-up involved.)

The movie was indeed correct that Captain von Trapp was a former naval officer whose services were much desired by the Nazis after their takeover of Germany and, later, Austria… and that he wanted absolutely nothing to do with them. His memoir, To the Last Salute

, was originally published in German in 1935 and later translated into French; an English translation has only become available fairly recently.

I don’t begrudge anyone who forgets the true meaning of Memorial Day, unless they do so intentionally. In fact, the backyard barbeque is one of the ways we Americans celebrate being American. Heck, submariners are crazy enough not to need a backyard: The missing Argentine submarine has been found: https://www.foxnews.com/world/argentina-submarine-found-sunk-year-after-disappearing Preview Open

This article, while interesting and thought-provoking, isn’t much more than a “listicle.”  It does not come to any conclusions, and the author acknowledges as much: I can’t offer much insight into these accidents; my knowledge of subs is dilettante-level at best. (Though, if anyone in the Navy is reading this, I would eagerly accept a […]

Facing threats from a new wave of potentially hostile submarines, DARPA has launched a self-driving sub detector prototype named Sea Hunter. The 130-foot twin-screw trimaran was designed to be stable in all types of weather and can sail for thousands of miles and for months at a time. The unarmed prototype has a small cabin for a human to operate the vessel if needed, but the final version will not house any crew.

“This is an inflection point,” Deputy U.S. Defense Secretary Robert Work said in an interview, adding he hoped such ships might find a place in the western Pacific in as few as five years. “This is the first time we’ve ever had a totally robotic, trans-oceanic-capable ship.”

It also comes as China’s naval investments, including in its expanding submarine fleet, stoke concern in Washington about the vulnerability of the aircraft carrier battle groups and submarines that remain critical to America’s military superiority in the western Pacific. 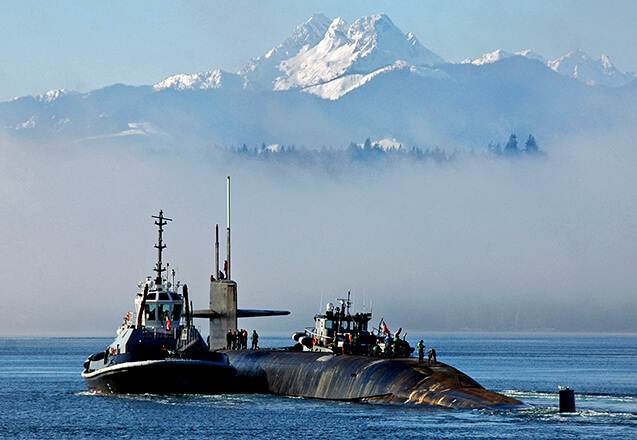