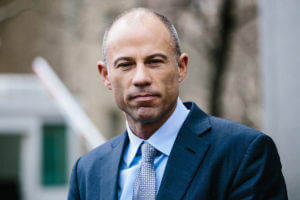 Jim Geraghty of the National Review and Greg Corombos of Radio America break down the Republican Party’s special election victory in Pennsylvania’s 12th District. They also grumble about the early release of ‘American Taliban’ anonymous Lindh and use the discussion of terrorism to highlight Jim’s brand new book, “Between Two Scorpions.” And they’re not exactly shocked to learn about Michael Avenatti getting indicted on a new series of criminal charges for allegedly defrauding his former client, Stormy Daniels. However, they do use it as yet another example of the media lavishing praise on an obviously disturbed figure just because it helps their political narrative.

Jim Geraghty of National Review and Greg Corombos of Radio America cheer Neil Gorsuch and other Supreme Court justices for blasting civil asset forfeiture in an Indiana case that may soon limit the government’s ability to seize property from suspected and convicted criminals.  They also sigh as Jeff Flake forces the cancellation of committee votes on two dozen judicial nominees because he can’t get a floor vote on legislation to protect special counsel Bob Mueller.  They also imagine the sanctimony primary between Flake and John Kasich as both seem interested in launching irrelevant 2020 presidential campaigns.  And they react to Stormy Daniels revealing that attorney Michael Avenatti has filed suits and made statements in her name that she never approved and that Avenatti won’t tell her how he’s spending the money many people have donated to her legal cause.

Jim Geraghty of National Review and Greg Corombos of Radio America serve up three bad martinis.  They begin by discussing Michael Cohen accusing President Trump of conspiring with him to break federal campaign finance laws and discuss how this is likely to play out.  They also recoil at the indictment of Republican California Rep. Duncan Hunter for fleecing his campaign accounts to fund lavish personal vacations and other expenditures.  And they slam the media for showing immediate disinterest in the Mollie Tibbetts story once they learned the man charged with her murder came to the U.S. illegally. He had been nominated by the Nixon Administration to serve as one of our delegates to the United Nations. The FBI called around to his friends and colleagues, and one, William Rusher, groaned that he had already answered all of their questions when Buckley had been nominated for an earlier assignment. The agent replied: “I know, but it is my duty to ask whether Mr. Buckley might have done anything since 1969 to embarrass the president.” The sly Rusher responded, “No, but the Nixon Administration has done a great deal to embarrass Mr. Buckley.”

Imagine the FBI interviews with nominees like Gov. Nikki Haley or Gen. James Mattis. “Have you done anything that could embarrass President Trump?” It’s mind-bending. They are honorable people with stellar careers and he is a failed casino magnate, serial adulterer, swindler of ambitious naïfs (see Trump University), sexual predator, and all-around louse. Yes, he’s the president, but is he even capable of embarrassment?