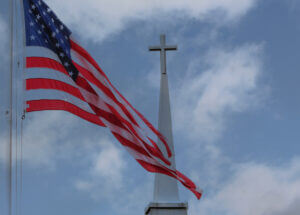 One recent Supreme Court case that has attracted much divisive commentary in both the legal and popular press is Kennedy v. Bremerton School District (2022). There, a divided court held that Joseph Kennedy, who served as a football coach at Bremerton High School, could not be removed from his position because of his practice of engaging in a half-minute moment of personal prayer at the conclusion of varsity football games. Notably, these prayers occurred when Kennedy was on a short break from his official duties. That, at least, is the story told by Justice Neil Gorsuch for the majority. Justice Sonia Sotomayor’s dissent paints a very different picture, in which Coach Kennedy was a Pied Piper who lured students from both his own team and that of its opponents to participate in a showy demonstration of Christian faith.

The evident differences in these two capsule summaries matter when it comes to fixing the troubled constitutional line between church and state. The text of the First Amendment sets up the problem: “Congress shall make no law respecting an establishment of religion, or prohibiting the free exercise thereof.” These two short clauses on free exercise and establishment have always been in deep tension. On Gorsuch’s view of the facts, it looks as though a boorish school district trampled the exercise of religious freedom by its own teachers and students. By contrast, the Sotomayor view points to an establishment of religion by the public acts of a single teacher.

In this instance, Gorsuch used his version of the facts not only to vindicate Coach Kennedy but also to put the final nail in the coffin of the highly controversial three-part Establishment Clause test in Lemon v. Kurtzman (1971), used to strike down two statutory programs whereby Pennsylvania and Rhode Island provided financial aid to religious schools to reimburse the costs of teachers’ salaries and textbooks in designated “secular” subjects. Chief Justice Warren E. Burger insisted that under the Constitution, “[f]irst, [any] statute must have a secular legislative purpose; second, its principal or primary effect must be one that neither advances nor inhibits religion; finally, the statute must not foster ‘an excessive government entanglement with religion.’ ” The entanglement prong proved fatal to both state statutes.

Join Jim and Greg as they look at the good, bad, and crazy performances of the media in just the past 24 hours. They cheer Matt Lee of the Associated Press for doggedly asking an important question that the State Department refuses to answer. They also roll their eyes as much of the mainstream media honor the Biden administration’s wishes and push the ongoing crisis in Afghanistan much lower in their coverage. And they blast CNN legal analyst Jeffrey Toobin – for several reasons – over his hysterical evaluation of the Supreme Court refusing to block pro-life legislation in Texas from taking effect.

Jim Geraghty of National Review and Greg Corombos of Radio America welcome Donald Trump’s nominations of Rep. Tom Price and Elaine Chao.  We also debate whether Trump should seriously consider David Petraeus given his history of improperly handling classified information.  And we discuss the absurd victim complex of the Ohio State terrorist.

Audible has just released my latest narration, “Exporting Security” by Derek S. Reveron. The book covers the changes in US military mission, culture and performance since the Cold War. This is a revised edition, just published this year, so it goes right up through the current administration. Reveron teaches at the Naval War College and has been […]

So—Madame (heavy accent on the last syllable!) Pantsuit has been exposed (mind picture—blechhh!) again! It has been revealed she continued to send classified emails AFTER she left the State Department—whiskey hotel …….! One is so classified it won’t be declassified until 2033! Why is this still grinding on? Comments, please.   Preview Open

Over on the Hoppe thread by anonymous, I made the comment that I am anti-state.  Majestik made a remark on it, which I did not read till today; (Wish Rico had a feature that you would get notified when someone mentioned you – a.k.a whatever happened to the Katie (?) rule?) It is my belief […]