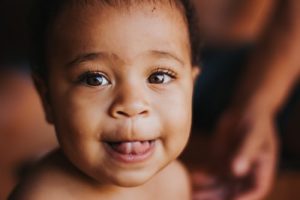 The arguments against limiting abortions are getting sillier and more illogical. Do you think the pro-abortion people are beginning to give up the fight? So what is the new abortion law (may be behind a paywall) that will be crossing Gov. Ron DeSantis’ desk?—

The proposal bans most abortions after the fetus reaches 15 weeks of gestation — defined in the bill as 15 weeks from the first day of a person’s last normal menstrual period — is headed to the Florida Senate after the Florida House passed it early Thursday. Florida’s current cut-off is 24 weeks. The bill makes exceptions if doctors attest the termination of a pregnancy is necessary to save the mother from death or serious injury, or if the fetus has a ‘fatal fetal abnormality,’ defined as a condition that will result in death at birth or immediately after.

The following statement was made, I assume, to explain the reasoning behind not needing the legislation: The internet has a way of leading you from serious subjects to frivolous subjects and back again. While researching Texas gun laws, I stumbled across this little gem:  No person in Texas may shoot a buffalo from a second story window.  Preview Open