“There will be some innocent victims in this fight against Fascist agents. We are launching a major attack on the Enemy; let there be no resentment if we bump someone with an elbow. Better that ten innocent people should suffer than one spy get away. When you chop wood, chips fly.” — Nikolai Yezhov

Today is the 127th anniversary of the birth of Nikolai Yezhov. He was, for a time, the head of the NKVD (predecessor of the KGB and whatever the secret police in Russia is called this week) and Stalin’s right-hand man, the go-to guy for getting rid of political enemies. Until one day he wasn’t, and instead, he was just another chip of wood. 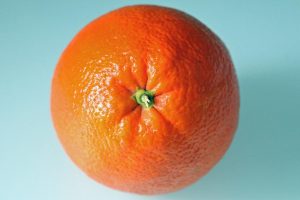 An orange is the only color in the scene. On a train bound for the hinterlands of the Ukraine, Gareth Jones sits among starving peasants. Stirrings of hunger prompt Mr. Jones to reach in his satchel for an orange. Every eye in the train car focuses on that piece of fruit. Mr. Jones, at this point in his journey, is unaware of the starvation being imposed on Ukrainians by Joseph Stalin. One orange, images a story Mr. Jones must tell. One courageous man. One cadre of self-serving Western journalists, covering the truth by silencing their pens. One megalomaniac dictator. One nation on the brink of starvation. One movie that will smash vapid idealistic visions of communism. If you want to know why history matters in the present, please watch Mr. Jones. 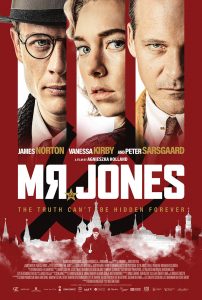 Mr. Jones displays exactly what happens when dictators subjugate a people and the journalists who are supposed to cover the story, silence their pens. Over one hundred million people died in the 20th century at the hands of despots. Many of these tyrants began their beliefs and practices based on atheism. To understand the 20th century, one must begin with naturalism, materialism, and yes, atheism. YouTube abounds with testimonies about the horrors. There are stories of some who hid others from discovery by jackbooted thugs, and some were spared bloodshed by Providence. Pick a dictator: Mao Zedong, Stalin, Pol Pot, Idi Amin, Castro, they are all cut from the same cloth. New member @chatsubobar recently posted, asking what is the general consensus of Ricochet on the topic of gay marriage. Anyone who participated in the conversations on Ricochet during what I call the SSM wars can agree on one thing: there IS no consensus. But it brought back a not-so-fond memory. The discussions on that topic […]

Jim Geraghty of National Review and Greg Corombos of Radio America react to reports that Donald Trump’s son-in-law has engaged in talks about Trump starting a cable news channel.  They also slam CNN’s Chris Cuomo for falsely telling viewers it’s a crime for them to read Wikileaks emails for themselves so they need to rely on the media to tell them what’s important.  And they groan as a third of U.S. millennials believe George W. Bush killed more people than Joseph Stalin did. A Republic of the Heart
BDB · 18 Likes

Deaths could be attributed to environmentalists
RushBabe49 · 18 Likes